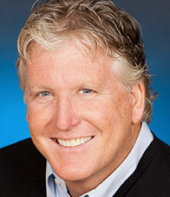 I’m a bit miffed at the moment. I was just on the cancer treatment center site where I received my care and the opening page reads in bold, “Ranked No. 5 in U.S. for Cancer Care”. Seriously, ‘No. 5’? It made me pause and think, why on earth would anyone want to be treated for something as severe as cancer by an organization claiming they’re ‘No. 5’?

Having gone through the experience of cancer treatment and knowing what I now know, I wouldn’t begin to consider being treated by ‘No. 5’. Fortunately for me I wasn’t, I was treated by ‘No. 1’. I was treated by subject Center that’s advertising ‘No. 5’, yet treated by same as ‘No. 1’? Confused?  Don’t because what I have to share is important to anyone diagnosed with cancer.

Cancer is complicated. Individuals diagnosed with the same type and stage is often different in symptoms, characteristics, and multiple treatment options from one patient to the next. There is no such thing as one size fits all when it comes to treating cancer. Thus you need to be cured by people who are qualified, knowledgeable, and above all, experienced. There are many moving parts in a cancer diagnosis; underneath, there’s a ticking clock.

For the record, I fired ‘No. 5’ following my diagnosis. They may officially be more like ‘No. 500’ but to me it didn’t matter, I knew they weren’t ‘No. 1’. During my initial visits, I met several of the team and didn’t like what I heard. Spare the details but trust had I stayed the course, doubtful you’d be reading this post. Determining your provider is literally a life and death decision, trust me.

Finding ‘No. 1’ requires research, networking, and a bit of luck. All applied in my case and I was fortunate to meet my oncologist. In the initial interviews, I brought along extra ears because you don’t hear every word the doctors communicate. Following the initial meeting with ‘No. 1’, my friend said, “You don’t need look further, he’s your guy.” I didn’t need the affirmation…but it helped.

I’m confident in every rated cancer center in the country there’s a ‘No. 1’ for a specific disease. Conversely there’s also a ‘No. 5’. So placing an overall rating or ‘quality #’ on the Center for validation of an overall one size fits all treatment is misleading. It is equivalent to rating a restaurant. They’re given ‘star’ ratings. You pretty much know what to expect given number of stars. However, when it comes to the food, some dishes are better than others with multiple chefs.

The point is you need to find a team of professionals knowledgeable about the recipe and how to bake it. The best way I know to accomplish is interview several, listen with a minimum of four ears, and make sure you are comfortable with the answers. If not, move on until you do. This is at the core of being an empowered patient and taking an active role in your healthcare. Something that is being stressed more and more as we move to a value based healthcare system.

‘No. 1’ he told me I would be treated with, ‘Intent to cure’. This is physician speak to get your mind thinking along the lines of living opposed to the alternative. What matters is treatment protocol and how adjustments are made along the way. In many cases what begins as a straightforward pathway quickly becomes finer tuned.

I was deemed operable following my first round of chemo. While on the table and wide open, I became ‘inoperable’ due to undetected infected lymph nodes. While splayed open like a gutted fish, my team of doctors debated best strategy for moving forward. Do we remove the lung, leave it, take out a portion, how long recovery from each, what next, etc.? Throughout they’re calculating potential outcome staying true to their objective of, ‘Intent to cure’. This is all transpiring real time while the anesthesiologist drip line keeps on trickling.

Making adjustments as new developments present themselves as described is not the work of a ‘No. 5’. It’s clear and straightforward, ‘No. 1’. Living proof is the most valid testimonial I’m aware of.

Before you put a label and a ranking on any organizations service, make sure you’re telling the full story. Not just what some independent association attaches from a myriad of data points. There’s a lot more under the hood than stating you’re ‘No. 5’ and posting for the general public. Personally, my Center, and more importantly the people within who treated me, is ‘No. 1’. That’s the bigger Story and one you can live by. 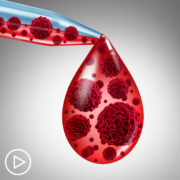 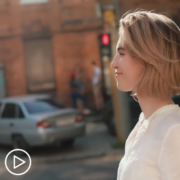 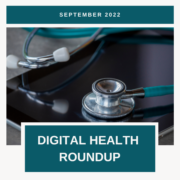 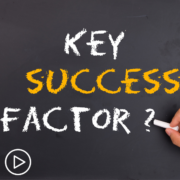 What Are Key Factors in Myeloma Treatment Decisions? 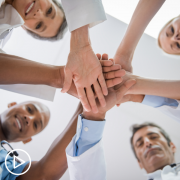 Who Is On Your Myeloma Healthcare Team?