Mobile health, also called mHealth, is a term used for the practice of medicine and public health supported by mobile devices. It is a growing industry fuelled by the rise in ownership of personal mobile devices. A new national survey shows that more than eighty percent of US residents between the ages of 18 and 49 currently own an app-enabled mobile phone. Fifteen percent of the population have purchased wearable devices that connect to their phones adding functionality such as tracking capabilities. These devices worn on the body or incorporated into garments and accessories such as wristbands and watches, have given rise to a development known as the “quantified self” movement. By routinely tracking everyday behaviors, such as sleeping patterns and activity levels, wearables aim to move individuals closer to better health habits. According to the International Data Corporation Worldwide Quarterly Wearable Device Tracker, wearable device shipments reached 76.1 million units in 2015, up 163.6% from the 28.9 million units shipped in 2014.  But beyond the hype of the industry’s claims about the scale of wearable technology, how ready are we to use them in a clinical setting?

In spite of all the buzz and excitement, the reality is that the industry is still at the early stages of development and adoption. Many doctors question the clinical value of activity trackers and struggle to know what to do with the deluge of data wearables produce. Recording individual numbers is of little value when there is no system to extract meaning from it and show how it all works together. In an online survey conducted in September 2015  just 5% of respondents indicated that their organizations were “very prepared” to develop patient insight from emerging data sources like wearables. Nearly a quarter indicated their organizations were “very unprepared” and nearly half called their organizations “unprepared.”

Providers have concerns about reliability, interoperability and reimbursement. Research conducted at UCSF Center for Digital Health Innovation compared the data reported by consumer wearable devices to relevant clinical gold standards in multiple studies over the past two years. It found that very few devices currently on the market perform with the reliability of a medical-grade device. It’s a key point to note. Most health-related wearables aren’t regulated in the same way as medical-grade devices. Physicians are not only worried about the accuracy of the data being collected, but also have questions about unauthorized device use and data leaks. Consumers also need to trust that the data collected in their health apps will not be used for other purposes of which they are unaware. We can add to these concerns the fact that most health apps are limited in functionality, operate in isolation from each other and are interoperable within existing healthcare systems.

Even for those consumers who see value, faced with a multitude of fitness trackers, the unregulated and fragmented world of mHealth makes it difficult to select applications that provide true health benefits. User retention is also an issue. According to an MIT Technology Review report, about two-thirds of consumers who have downloaded an mHealth app have stopped using it. There are further consumer concerns such as privacy issues, the ability to transfer data across platforms and software, high data entry burden and cost factors which also limit mHealth efficacy.

Given the questionable clinical relevance and poor usability scores, is mobile health technology of any real value in health care? While activity trackers can help you get fit, consumer wearables and apps have yet to be clinically proven. However, there is another type of health technology which shows more promise in a clinical setting. These target a specific clinical issue, for example a wristband which can detect seizures for people with epilepsy, a mobile app which helps manage cancer pain, a smart pill dispenser, and apps for monitoring post-operative quality of recovery of patients at home. A global survey conducted by market research company research2guidance, showed that people with chronic conditions are the most common target audience for app developers, and hospitals have replaced physicians as the second biggest target audience. A recent article in the Wall Street Journal reports that hospitals are developing mobile apps to help patients manage serious medical conditions and feed information back to their doctors between visits, often in real time.

Research conducted by Mayo Clinic showed that patients who attended cardiac rehabilitation and used a smartphone-based app to record daily measurements such as weight and blood pressure had greater improvements in cardiovascular risk factors. They also were less likely to be readmitted to hospital within 90 days of discharge, compared with patients who only attended cardiac rehabilitation. MD Anderson has also stepped up patient care with its new Apple Watch feasibility study. Its cancer center is distributing 30 Apple Watches to patients in various stages of treatment for breast cancer. An app called emPower will run on the Apple Watches and the users’ phones. Patients will use the device to answer quick multiple-choice questions about their mood, symptoms, possible treatment side effects (like headaches or nausea), and more. The provider will also use the device to capture activity and heart rate data to help them anticipate potential issues before they worsen and intervene sooner.

Apple’s release of its ResearchKit earlier this year opens up a promising avenue to extend mHealth applications to medical research. ResearchKit is an open-source set of tools that researchers can use to create a clinical research study. It can facilitate unprecedented, real-time access to potentially tens of millions of people, who will participate in research by submitting data through their iPhones. Within a day of launching, 11,000 participants signed up for a Stanford University cardiovascular trial. Stanford said at the time that it would normally take a national year-long effort to get that kind of scale.

What makes a health app successful?

Developers appear to be motivated more by the cleverness of a technology than actual improvements in health outcomes. A new study from the New York University School of Medicine Department of Population Health reports that only 29% of smartphone owners using health apps say the apps have made a big impact on their health. That’s compared with 60.3% who see little to moderate improvement and 10.5% who say their health did not improve or even declined. A recent global study which analyzed the views of patient and carer groups to determine what they want, but are not getting from current apps, reported that respondents wanted an app which provides trustworthy, accurate information alongside a guarantee that their personal data are secure. Respondents also wanted more meaningful and timely communication with their healthcare provider, including the ability to easily schedule a doctor’s appointment, or refill a prescription. Other factors included the ability to self-manage and make informed choices, taking into account different levels of health literacy and differing patient experiences with a medical condition or user experiences when health.

What can developers do to improve the current design and broaden the appeal adoption of mHealth applications?

The involvement of end users during the process of inventing and designing new technologies is a critical success factor. We cannot design health care solutions or services without taking into account patient values and preferences and the context in which they live their lives.   The lack of user involvement is one of the major reasons why health apps have failed to deliver thus far. Developers should involve patients, carers, and healthcare professionals at each stage of the app’s development, making sure it is in line with their needs. If an application does not solve a real problem for the patient it will not be adopted. The most successful health applications are those that understand the real-life problems that come with living with a condition and create solutions that meet real needs and make real impact. This can only be done by co-creating applications with patients and their carers.  It is patient input into a solution’s design, ongoing practice and evaluation that ultimately holds the key to success. After all, who knows better than the patient what will have the most impact on their ability to get and stay well?

The rise in mobile and wireless technologies has the potential to transform the way healthcare services are delivered, particularly in the management of chronic diseases. Numerous studies have shown that patients who are “activated” in their care experience better health outcomes at lower costs compared to less activated patients. By creating an ecosystem of connected, wearable devices, we can deliver more timely care and monitor patient activity in real-time, thereby reducing hospital readmission rates, improving outcomes, and delivering cost savings. Global consulting firm Accenture recently conducted a study revealing that the United States would save approximately ten billion dollars annually with the introduction of a wider range of digital health services.

Mobile health technologies also have the potential to make healthcare more patient-centric, shifting the balance of power in the patient’s favor. Instead of being solely dependent on health providers, patients can manage their health more proactively. A new study presented this month at the American Medical Informatics Association conference in San Francisco reports that mHealth makes patients feel empowered in caring for their diabetes, leading to tangible health improvements in just a few weeks, as well as a heightened sense of control.

But for health consumers to fully tap the benefits of mHealth, the technology needs to be able to provide meaningful and actionable insights, alongside a UX that is easy and engaging. The value of an app or wearable will remain limited if it does not provide access to actionable data. Tracking metrics in isolation is not enough; you also need to know how to extract meaning from the numbers to turn data into smarter health decisions.

Key factors for adoption by providers and payers include technical support for integration, creating practical reimbursement models and ensuring interoperability within and across healthcare systems. The National Health Service (NHS) in England has begun to address issues of app curation and evaluation by creating its own apps library of health issues. By giving them official backing the NHS hope to give clinicians, patients and carers more confidence in using health apps. In the US two new academic partnerships are set to tackle app curation The MIT/Harvard partnership, Hacking Medicine Institute, believes the most effective apps will be chosen by consumers, not their doctors. Meanwhile a partnership between Columbia University’s HITLAB and Las Vegas-based Social Wealth is focused on putting apps through a rigorous set of standards.

As the mHealth market matures and standards improve, clear winners will emerge. The industry needs to shift its focus on delivering clinically effective tools that make a real impact in the lives of individuals. Only then can we truly declare mHealth a game-changer in health-care.

A Stanford Medicine X e-Patient scholar, Marie Ennis O’Connor is an internationally recognized keynote speaker, writer, and consultant on global trends in patient engagement, digital health and participatory medicine. Marie’s work is informed by her passion for embedding the patient voice at the heart of healthcare values. She writes about the experience of transitioning from breast cancer patient to advocate on her award-winning blog Journeying Beyond Breast Cancer. 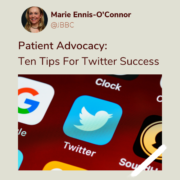 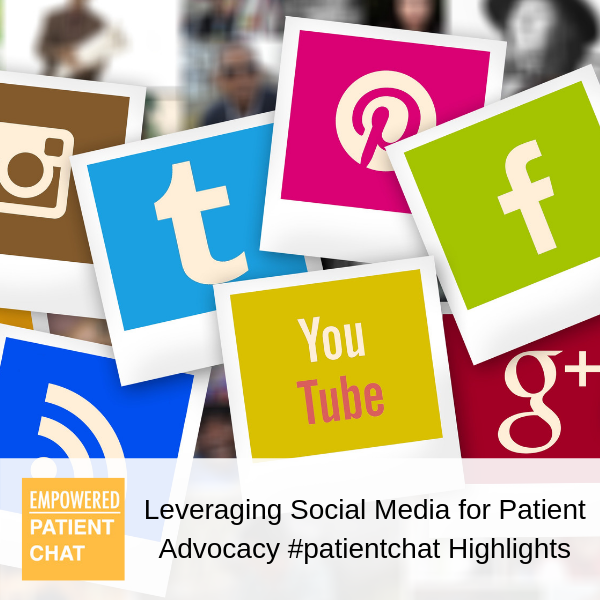 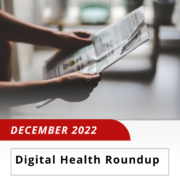 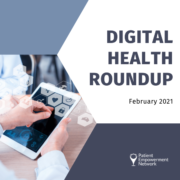 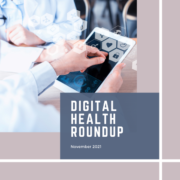 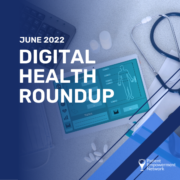