According to Jack Aiello (definitely not medically trained)

This is my 11th year attending ASH (American Society of Hematology) Conference, where 25,000 attendees from all over the world (hematologists/oncologists, lab researchers, oncology nurses, scientists & 300 pharma companies) present the latest research results via both oral presentations (1000) as well as posters (3000) on all blood cancers. This year there were nearly 700 abstracts (>100 clinical) on Myeloma alone, many of which were selected for oral presentation. I’m grateful to the IMF (www.myeloma.org) and their pharma donors for sending me to ASH so that I can learn and share my patient perspective with you.

Rather than attending talks on Biology, I typically focus on the Clinical Trials, which I’m able to understand and are more relevant near-term to patients. Even at that, there are overlapping MM oral sessions as well as 4’x6’ posters without reprints, so it’s always possible that I have not included something of interest to you or made a typo because I can’t read my own writing as detailed powerpoint slides are presented quickly. You might want to view the published abstracts at www.hematology.org and various press releases. [Wherever possible, I’ve listed Day-Abstract#-Lead Investigator after the trial results, e.g. {Mon-675-T. Zimmerman} and clicking on the abstract number will take you to the actual abstract.]

There are other ways to learn more about results from this conference. There are scheduled webinars (MMRF 1/11/17, IMF 1/12/17) which you can listen to live or by replay. You’ll also find some patient blogs (including mine) as well as MM expert video interviews posted on the IMF website (http://ash2016blogs.myeloma.org), Patient Power (www.patientpower.info), and Myeloma Crowd (www.myelomacrowd.org) among others. And all of us in the SF Bay Area should attend the LLS Blood Cancer Conference (which includes updates from ASH) Feb 4, 2017 (Register Now). Dr. Jeff Wolf of UCSF will do a great job presenting the latest information.

Treatment schedules are defined for stages of Induction, and optionally Transplant, Consolidation, and Maintenance with specified Randomization along the way; dosage amounts and scheduling are provided for each drug along with optimum number of treatment cycles (typically 28 days). Risk stratification correlates various techniques such cytogentics-FISH analysis (e.g. chromosome deletions and translocations) and gene-expression profiling (GEP).

1. In Nov 2015, 3 new drugs were approved for Myeloma…Daratumumab, Elotumumab (both mAb’s) and Ixazomib (oral PI). At this ASH, trials were presented that provided results for using these drugs beyond their current FDA-approved indications such as Dara in combinations and Ixa before and after transplant.

2. Speaking of transplants (SCT), there were lots of abstracts on specific SCT usage…some contradictory. For example, one trial showed SCT plus consolidation benefitting MM pts while another trial showed no difference whether being treated with a single SCT, SCT + consolidation, or a tandem SCT.

3. There were 3 new drugs of interest: Nelfinivar, Selinexar and Venetoclax. Most impressive is that they were particularly effective in certain scenarios: Nelfinivar (with Velcade) for Vel-refractory pts; Selinexar alone for t(11;14) pts; and Ventoclax + dex for quad- and penta-refractory pts. Quad means refractory to Rev, Vel, Pom and Cfz, while Penta include Dara.

4. Minimum Residual Disease (MRD) testing is still not ready for prime time, but one doctor googled “Myeloma + MRD” and found 45 abstracts. MRD tests are certainly being added and reported in trials and while there’s good correlation between PFS/OS and MRD, it’s still not being used to determine subsequent treatment. Since MRD has the potential to guide therapy, stop therapy and change therapy, it’s something we patients need to keep on our radar.

6. More on checkpoint inhibitors. Dr Don Benson (OSU) explained that MM suppresses the immune system from doing its job. Inhibitors of the KIR ligand and PD1/PDL1 pathways enable NK cells and T-cells respectively to do a better job of finding and destroying MM cells. The concern, however, is that normal cells also have these built in checkpoints and you wouldn’t want the immune system destroying these cells as well. One doctor even mentioned that these are still “scary”.

COMMENTS AND DISCUSSIONS I FOUND PROVOCATIVE

9. “I’m afraid that some might interpret MRD- as a cure, which is not true.” J. Mikhael (Mayo)

10. “Half of SMM patients have MGUS-like disease and half are more like MM. If we only knew which patients were which, we would know who to treat.” S. V. Rajkumar (Mayo)

12. When discussing the management of ND HRMM pts, Dr A. Dispenzieri (Mayo) reminded attendees that “high risk” not only includes chromosome abnormalities but also fitness/frailty assessment and access/cost of treatment. Whether TE or nTE, these patients should consider Velcade-based induction and maintenance. TE pts should consider Tandem SCT. And for renal-impaired, Velcade triplet is more effective than a Velcade-doublet.

13. “Although CR and MRD- should be the goal, not all patients get there and this needs to be considered.” N. Raje (UMass)

16. “Today we are curing a subset of patients. We just don’t know who they are.” S. Lonial (Emory)

22. Ph 3, n=581 Myeloma XI study investigated a response-adapted approach to induction. Specifically if pts achieved less than VGPR to induction (IMID regimen), they would be randomized to be given an additional regimen (PI based) before SCT. The consolidation side improved median PFS from 20 to 30 mos. For those having a transplant, the PFS was even better (31 mos versus 55 mos). However even Transplant Ineligible pts showed PFS benefit with consolidation of 14 vs 20 mos. {Sat-244-G. Jackson}

28. MRD results were presented for the recent POLLUX (DaraRd vs Rd) and CASTOR (DaraVd vs Vd) trials, which resulted in FDA approval of using Dara with Rev or Vel. MRD- outcomes were typically about 3x in the Dara arms versus the non-Dara arms. Further, MRD- for Dara-Rd was about 2x compared with the Dara-Vd arm (25% vs 10% evaluated by NGS with 10-5 sensitivity). {Sat-246-H. Avet-loiseau}

32. n=34 Nelfinavir is an approved, generic oral drug, and HIV protease inhibitor used to treat AIDS. When combined with Vel-dex (NVd) for Vel-refractory

39. n=12, Pilot Study of CAR-T CD19 in conjunction with salvage (2nd) SCT for advanced MM. Method: 2 weeks after the SCT, 5 x 107 CAR-T cells are infused. Of these 12 pts, 3 pts had a VGPR and longer PFS than from their first SCT. One patient (featured on the cover of Parade Magazine several months ago) had a 16 mos PFS but then relapsed and is now in a 12-mos CR with Dara. Only one episode of cytokine release for these 12 pts. {Mon-974-A. Garfall}

41. There were several presentations on racial disparities. These included {Mon-844-M. Fiala}and {Mon-846-A. Rosenberg}that examined the usage of SCT’s by African American MM pts. The first concluded that when elimininating health disparities and postential access barriers, black pts are will 37% less likely to utilize an SCT. The second focus was on California patients but came up with a similar number 30%. This poster {Sun-3544-S. Ailawadhi}examinedMM complications (CRAB symptoms) among different racial groups with blacks having the highest rate of complications, perhaps being due to reduced access to drugs/supplemental insurance coverage.

43. n=41 This trial study the efficacy and side effects from administration of Daratumumab via sub-Q injection in R/R MM pts. For pts on the recommended dose of 1800mg given over 30 minutes, the ORR was 41% and Infusion Reaction Rates were lower than with Dara IV infusion. And when asked about pain or bruising at the infusion site, Dr Usmani said that neither were problems. This has the potential to reduce infusion times from six or eight hours to 30 minutes. {Mon-1149-S. Usmani}

For someone diagnosed with stage III MM 22 years ago with only 2 treatment options available (MP or VAD-SCT) and given 2-3 years expected survival, I’ve seen incredible progress since 2003 when Velcade was first approved. While there continues to be unanswered questions, we now have many more effective treatments for MM, providing patients with better opportunities to manage their disease. 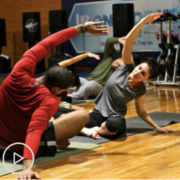 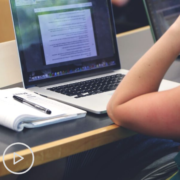 How Can Patients Learn About New Myeloma Treatments? 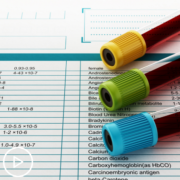 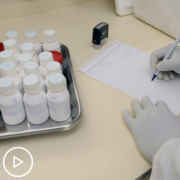 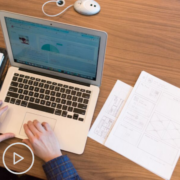 How Do You Find Out About Clinical Trials?
1 reply