There are two schools of thinking about cancer.  School one says that cancer is a hereditary disease, passed from generation to generation.  A good example of this are women who possess the BRCA1 and BRCA2 gene mutation.  Women with this mutation have a 70% lifetime risk of developing breast and/or ovarian cancer.  Angelina Jolie, for example, lost her mother and aunt to cancer and was subsequently found to have the same mutation.

The second school says that cancer can occur due to lifestyle choices.  A good example of this is cigarette smoking. It is the number cause of lung cancer, linked to 80 – 90% of lung cancer cases.

This idea is based on the evolving science of epigenetics. Epigenetics looks at the way genes express or don’t express themselves as we age.  Those gene changes are thought to be influenced directly as a result of our nutrition and behavior, as well as exposure to toxins in our environment.  In a sense, it’s a hybrid of hereditary disease and lifestyle choices.

Epigenetics is a normal process in our bodies.  For example, all of our DNA is the same, yet cells develop into liver cells, brain cells, muscle cells, etc. because of the way epigenetics turns on and off different cell processes.  But our lifestyle choices can impact the way genes express themselves as well.

Perhaps you’ve heard the expression “Sitting is the new smoking.”  The reason for this is due to research on lifestyle and cancer.  The results of dozens of surveys found that a sedentary lifestyle increases the risks of cancer, specifically colon cancer.  Subjects who spent most of their day sitting were 24% more likely to get colon cancer.  People who watched the most television had a 54% greater risk than those who watched fewer hours.  Uterine cancer was also affected by sitting; women who were the most inactive experienced a 32% great risk.  The female T.V. watchers fared worse; those who watched the most television has a 66% risk of developing uterine cancer.

In all these cases, it’s not the inactivity per se that causes cancer to develop.  It’s the processes of epigenetics that are affected by inactivity that can cause cancer.

It’s a complicated and exciting time.  Next month, more on how unhealthy habits are incorporated into our DNA and passed onto our children.

Running From Cancer – And Towards Lower Risks 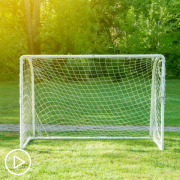 Liquid Biopsy Is the New Frontier in Cancer Diagnosis

Can A Shot From Your Doc Prevent Cancer?