Prostate and Head and Neck Cancer

What is significant to Kirk Beck is not that he’s had cancer. He delivers his story with minimal detail about his diagnosis, his treatment, and the subsequent life-threatening complications he endured as casually as he might tell you what he had for breakfast. It’s not until his wife Kelly joins the conversation that the full impact of Kirk’s medical history becomes clear.

“He wouldn’t have lived to be 50,” says Kelly of the first time Kirk was diagnosed with cancer. They weren’t married then, but it’s not lost on Kelly that their marriage never would have happened if he hadn’t survived. “It was caught very early and he was lucky,” she says. What’s lucky is that Kirk’s prostate cancer was detected at all. It was the mid-90s and he was 44, much too young to have a prostate screening in those days, but Kirk had a friend with the disease so during a routine physical he insisted, despite his doctor’s protest, that he get tested.

That test ultimately resulted in his diagnosis and a radical prostatectomy. Through the help of his brother, a physician, he sought treatment at Johns Hopkins Hospital where the surgery was done using the “nerve-sparing” technique — which helped prevent side effects such as urinary incontinence and sexual dysfunction. The surgery was a success, the cancer hadn’t metastasized, and Kirk didn’t require chemotherapy or radiation. “I got operated on and came home,” he says and in the 20 plus years since he’s had no recurrence or side effects.

He did, however, get another cancer diagnosis. This time he had tonsil cancer in October 2005. Within days his tonsil became extremely swollen. He had surgery the next month, followed by chemotherapy and radiation which was accompanied by a drug designed to protect his salivary glands from the radiation. This time there were complications. By New Year’s Eve he was back in the hospital and then again, after his second round of chemo, at the end of January 2006. He had what he calls episodes of extreme pain. “It was excruciating. Unbearable,” he says.

What he had was a blood clot, portal vein thrombosis, which is a rare condition to which he had a very rare reaction, and his small intestine had begun to die. He was unable to digest food and was vomiting a lot. His body had created what is known as collateral veins which were enough to keep him alive, but not enough to prevent damage to his small intestine. The hospital told Kelly that there was nothing more they could do. He was too high risk for surgery, they said. She was advised to contact hospice care.

“If I had listened to them, he would be dead. I just knew deep down this wasn’t supposed to be happening this way,” says Kelly, who instead of calling hospice called Kirk’s brother, the doctor, and got Kirk back to Johns Hopkins where they were able to save his life.

Of course, it wasn’t that simple. Kirk required intensive and careful treatment of his clot, continued radiation for his cancer treatment, and surgery to remove the damaged area of his small intestine. The process was scary and daunting and full of unpleasant details, but that is not what Kirk chooses to focus on. “If you look at it properly, it’s a gift. Not a penalty. Not a punishment. It’s an opportunity to reconsider your perspective on life,” says Kirk.

“It was a great experience. It might be strange to say, but its what I believe. It’s not something I want to go through again, but it was priceless. It changed my entire life and made me a lot more appreciative.” That is what is significant to Kirk. Not having cancer twice. Not having a life-threatening blood clot, but the living that he has done and the opportunity that these experiences have given him to help others. “I’ve been able to share my story and offer help to others that I couldn’t have offered without the experience. People knew I was speaking the truth. There’s no fiction in it. I try to give people a real and truthful perspective and that is invaluable.”

Kelly has a similar take away. She says the experience afforded her a new perspective, but also made her a strong advocate for patient empowerment. “Don’t always accept what they say. Be an advocate,” she says. “If you have a bad feeling and you are not getting answers, go elsewhere. There are so many places you can go for information. Take advantage of every opportunity. Having a good, strong advocate will save your life.”

In addition to his two bouts with cancer, Kirk has had a number of pretty considerable medical issues over the course of his 67 years, but he’s never let any of it slow him down. “Everyone has their own journey and also their own destination,” says Kirk who believes that a positive attitude is crucial to recovery. “You just can’t allow yourself to be destroyed by these situations.” 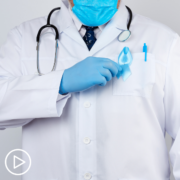 Seeking Optimal Prostate Cancer Care? The Importance of Partnering With a Specialist 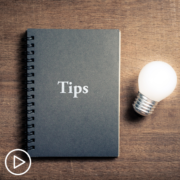 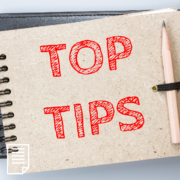 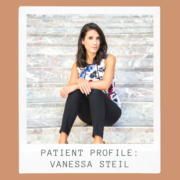 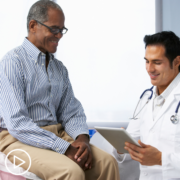