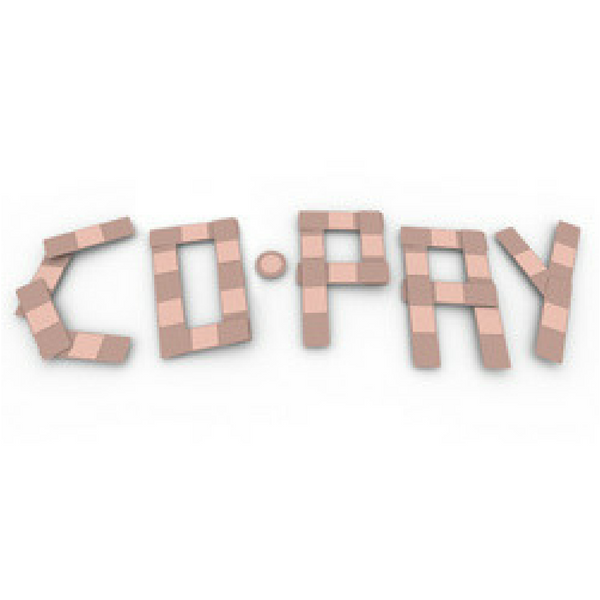 This article is written during this time when patients and legislators are howling about drug prices and some journalists are piling on, unfortunately, without doing much research. Admittedly, drug prices especially hit home with people like me—cancer patients who take powerful oral medicines to live a longer, better life. As our pocketbook gets hit hard we wonder who we should be mad at? Read on because, like everything in healthcare, it’s more than a little complicated.

A recent television report out of Milwaukee quoted a cancer patient as saying that “she’s paying more than $19,000 out of pocket a year” for a cancer medication that’s keeping her alive.

I was having lunch with a medial journalist friend this week and I said, “This is why cancer patients complain about the cost of their prescriptions. When they go to the hospital, the costs are high, but they don’t have to pay up front. However, when they go the pharmacy or call the mail order pharmacy like I do, they have to pay for the meds right then and there. When it comes to cancer medicines, sometimes the prices are very high, and too often the patients can’t afford them.”

My friend had a quick and passionate response:

“The story is wrong, misleading, unbalanced, will do nothing to lower the price of our meds to us and misguided legislation could limit investment in new research and, as a result, access to life-changing prescriptions in the future!”

My friend continued, “Let me remind you, what patients are paying is the co-pay, the out-of-pocket expense set by the insurance company and not by the pharmaceutical company.”

He’s right—co-pays are one significant piece in the natty drug cost problem.  As we wrote at the end of last October, “Insurance covers the costly, debilitating and potentially risky (bone marrow) transplants, but puts up barriers when it comes to prescription medication: high co-pays, high tiers requiring the largest out-of-pocket payments …Are the drugs expensive? By most standards, yes, and this is not to support drug pricing. But think about it … If insurance will pay that mortgage-sized bill for a transplant, why stop when it comes to the prescriptions?”

When insurance does cover our meds it makes a huge difference to our health and our wallets. Greg Simon, Executive Director of the Cancer Initiative for the Biden Foundation and a CLL (chronic lymphocytic leukemia) survivor, told us in an interview: “Some people like me have good insurance. Even though the cost of my drugs per monthly treatment was 30 to 40 thousand dollars, my co-pay was very affordable.”

That’s true for me right now. I have completed six months of infused CLL treatment. The retail cost of those drugs was over $40,000 each time. First of all, Medicare had a negotiated price and paid substantially less. Secondly, I have a low-cost Medicare supplement plan through AARP which picked up the cost of what Medicare didn’t cover. So I paid $0 for that course of infused treatment. HOWEVER, I have a second cancer, myelofibrosis, where I take an oral cancer medicine (there is not really an infused one at the hospital). I have to pay $3,000 out-of-pocket at the beginning of each year on Medicare, and an additional 5 percent co-pay each month after that.  The monthly co-pay is based on the RETAIL cost of the medicine—not the negotiated discounted price the drug company gave to the insurance company. As my 20-year old would say, “That’s kinda screwed up!”

So the complaint about the $19,000/year co-pay (if it’s even accurate) is aimed too narrowly—there are more pieces in this pricing puzzle than just the drug makers.

And it’s not the first time. This is a well-organized, well-funded misdirection.

Another series of media reports, one of them a trade publication called Fierce Pharma, concern another cancer patient who has been complaining that over six years or so, his copay rose from $42 for a four-week supply of his cancer medication, to $250 for a four-week supply. That’s a 500 percent increase in his copay, truly outrageous. However, a review of the list price of the medication indicates a 33 percent increase during that period. The rest of the copay was imposed by his insurance company.

WHERE DO CO-PAYS COME FROM?

Generally speaking, insurance companies negotiate the final price they pay for a medicine, often with the aid of a middleman. Pharmaceutical companies negotiate to get their medications on the formulary—that’s the list of medications an insurance plan will cover. (Sometimes that comes in the form of discounts, but, as we noted in November and in my story above, those discounts are not always passed onto the patient.) The insurance companies then put medicines on shelves, so to speak, sorted by price. The most expensive meds go on the highest shelf, or tier, and that means the patients pay the most out of our own pockets – the copay. Placing cancer medications on these tiers may require patients to pay up to 50 percent of the cost of our cancer therapies.

It doesn’t have to be that way. Yes, it is expensive to discover, develop, test and market new targeted cancer medications, but according  to University of Chicago economist Tomas Philipson, writing in Forbes, “specialty” medicines are projected to remain below 10 percent of total healthcare spending by 2020. So we count on the insurance coverage, with premiums paid by many people, to give us the most help with these essential medicines, not put the burden on our shoulders in the form of a co-pay, or put the heaviest burden on some of the sickest people, cancer patients.

IT’S MY PROBLEM TOO

Friends, I too wrestle with co-pays as noted above. Mine are high and I’d like to do something about that. But politicizing healthcare, doesn’t help.

I was diagnosed with CLL back in 1996, followed by a second cancer, myelofibrosis, in 2011. But I’m active and with my wife Esther, I’m busy managing Patient Power. That’s possible only because I have access to new, targeted medications that help keep the cancer in check without debilitating side effects. My first priority is to maintain a flow of these medicines, newer medicines for when the effectiveness of my current medicine wanes and perhaps new immune approaches such as CAR T-cell therapy that may offer a cure.

Yes, let’s work to keep medicines and medical advances affordable and return to investors reasonable.  We have to recognize that blaming a pharmaceutical company that developed a life-changing medication is not the only “piece in the puzzle”.  We need to address the enormous co-pays the insurance companies impose in the discussion mix.

So back to that woman complaining about $19,00 a year out-of-pocket? Now we know where that expense really comes from – and a 360-degree view of who has to be under the microscope if we really want to fix the problem.

In our last report we talked about the fight for oral drug parity, and the need for federal legislation to apply equal reimbursement to MEDICARE.

H.R.1409 – the Cancer Drug Parity Act of 2017, is pending in the Congress, but we’re not there yet. This would cover health insurance plans not regulated by state law because they are covered by the Department of Labor Employee Retirement Income Security Act (ERISA)—generally speaking, these are health plans in private industry. But it’s complicated. Probably the best way to know if your plan is covered, is to just ask. But—bottom line—we still have a long was to go to get to equal oral and IV reimbursement under Medicare. Tell your Congressman—or a potential new one you may help this year—oral parity is important to you.

As always, I welcome your comments and your own story of financial and drug access battles. Write to me at comments@patientpower.info.

Editor’s Note: This blog was written by Andrew Schorr and was originally published on Patient Power here: https://www.patientpower.info/prescription-co-pays-one-piece-in-a-very-complex-puzzle