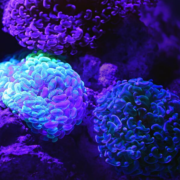 This blog was originally published by Cancer Treatments Centers of America on August 21, 2019, here.

When faced with opposition, it’s beneficial to learn as much as possible about the opponent. A pitcher reads a scouting report before facing a lineup. An army consults intelligence before engaging the enemy in battle.

The same principles apply to the treatment of some cancers. When treating a tumor, it’s important for a doctor to know as much as possible about that cancer—specifically, what is driving the tumor’s growth.

To get the inside information on a tumor, doctors are increasingly relying on biomarkers, short for biological markers, measurable signs or substances in the body that may indicate a patient’s overall health and/or the presence or progression of disease.

The discovery of biomarkers in cancer drastically changed the course of cancer treatment. For decades, many cancers were treated similarly, with surgery, radiation therapy or chemotherapy. Identifying biomarkers in cancer cells has led to the development of new precision medicine drugs, such as targeted therapy and immunotherapy, designed to target specific features in cancer cells, potentially reducing the damage to healthy cells. “The routine use of a variety of biomarkers has substantially changed the way in which cancer medicine is practiced,” says Maurie Markman, MD, President of Medicine & Science at Cancer Treatment Centers of America® (CTCA), “from providing more accurate prognostic information to assisting in the prediction of specific therapeutic strategies that are more likely to result in a favorable outcome for an individual patient.”

A biomarker is any measurable indicator of a person’s health. Blood pressure is a biomarker, as are body temperature, blood sugar and cholesterol measurements. In cancer, biomarkers also include proteins, hormones, gene aberrations, such as mutations or rearranged genes, and other molecules found in or on cancer cells. Cancer biomarkers may be found in routine blood, urine or stool tests. Others may require a biopsy and/or advanced genomic testing to uncover. “Genomics has made it so much easier to find gene mutations,” says Arturo Loaiza-Bonilla, MD, MSEd, FACP, Vice Chair for the CTCA® Department of Medical Oncology. “Now we may be able to target a mutation and potentially get the cancer to stop growing.”

Biomarkers play multiple roles in the treatment of diseases, such as cancer, including:

Prognostic: Helping forecast the progression and aggressiveness of the disease and the risk of recurrence

Biomarkers may play any or all these roles and more. Some biomarkers may be used to assess a patient’s risk of developing disease, the effectiveness of a treatment or whether a treatment is safe or toxic.

Biomarkers don’t always tell the full story. Discovery of a biomarker that might indicate an increased cancer risk doesn’t mean a patient will get cancer. Not all cancers have identifiable biomarkers. And identifying a driving biomarker in a cancer does not necessarily lead to a treatment option. Some biomarkers for cancer have no corresponding targeted therapy or immunotherapy drug. For example:

No targeted therapy drugs have been approved specifically to treat cancers with these mutations. “A number of recognized critical signaling pathways in cancer development, progression and resistance remain very difficult to ‘target’ to influence clinical outcomes,” Dr. Markman says. “The ability to successfully and safely target either or both of these pathways has the potential to be an important advancement in cancer management.”

Many cancers, especially solid tumors, have multiple biomarkers, any one of which may be able to drive a cancer’s growth. Target one biomarker, and another may take over as the driving mutation. And not all the same biomarkers are found in every cancer cell. “As cancer cells grow, they start to develop new abnormalities, mistakes made while the cells are multiplying,” Dr. Bonilla says. These new mutations may make the cancer more resistant to treatment.

Also, doctors need to take steps to prevent the patient from being harmed by the process of targeting a specific biomarker. For instance, patients on a checkpoint inhibitor that targets cancers high in PD-L1 may develop symptoms of autoimmune diseases, such as colitis. “The goal is to find the specific biomarker that every single cell expresses without compromising the normal cells,” Dr. Bonilla says, “because once you tell the immune system to kill a population of cells, it is going to kill all those cells, whether they are good or bad. But if you are able to find the specific biomarker that is the hallmark of this disease and needs to be eliminated, then it’s much easier to find a therapy.”

The discovery of biomarkers has led to game-changing developments in the cancer treatment. Women who learn they have BRCA mutations are now empowered to make potentially life-saving decisions to prevent breast and ovarian cancer. Men with slow-developing prostate cancer can now actively monitor their disease, in part, because their PSA levels can be measured. And research is ongoing to find new biomarkers to help in the treatment of other cancers and diseases, such as diabetes, Parkinson’s disease and heart disease.

“Biomarkers offer an opportunity to apply genomics to population health and see what diseases or conditions people may be predisposed to,” says Pamela Crilley, DO, Chair of the CTCA Department of Medical Oncology. “Am I going to get diabetes? Am I going to get elevated cholesterol? Is there anything I can do about it? Look at hereditary breast and ovarian cancers. The science has led to being able to prevent disease in patients with BRCA1 and BRCA2 mutations. Now we may be able to significantly reduce your risk of disease.” 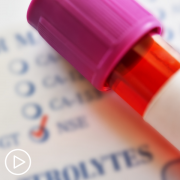 What Is a CLL Biomarker? 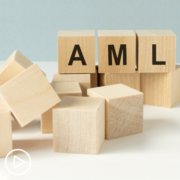 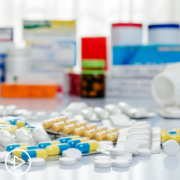 What Are Current and Emerging AML Treatment Approaches? 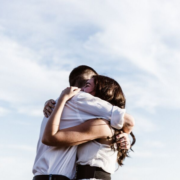 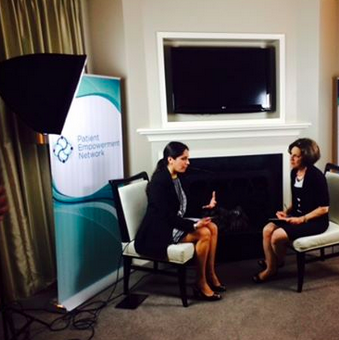 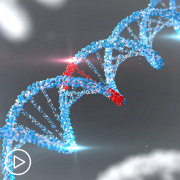 What Are Biomarkers and How Do They Impact Lung Cancer Treatment Options?