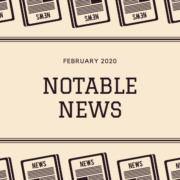 February may be a short month, but there is no shortage of new and exciting cancer research and treatment news. Could cervical cancer be eliminated for good? Are prebiotics the key to stopping melanoma? Well, take a bite of asparagus and read on to find out.

Vegetables are always an option for healthy eating, but you might want to consider adding (or increasing) two, in particular, to your diet. Asparagus and onions are sources of a prebiotic, and scientists have found that prebiotics help the immune system fight cancer in mice, reports genengnews.com. When the prebiotics, mucin and inulin, were fed to mice, they not only boosted the immune system, but they slowed the growth of implanted melanoma tumors, and delayed drug resistance. A delay in colon cancer growth was also noted. Prebiotics are food for bacteria and they cause growth of the good gut microbial communities, changing their make up, and thus causing the anti-cancer effect. The researchers say the study highlights the importance of the gut microbiome in treating cancer. Mucin is a protein found in intestinal mucus, and inulin is a plant fiber found in asparagus and onions. Learn more here.

With some perseverance and dedication, the World Health Organization (WHO) and other professionals believe cervical cancer could indeed be eliminated by 2120 reports, medicalnewstoday.com. Elimination could occur even sooner in some areas of the world. There are two separate studies that indicate the possibility. One study finds that vaccinating girls against the human papillomavirus (HPV), especially in low and middle income countries, could lead to an 89.4 percent reduction in the cancer. HPV is the top risk factor for cervical cancer. The other study shows that screening is another way cervical cancer could be eliminated. Experts say that if women have cervical cancer screenings just twice in their lifetimes, that could reduce the occurrence by 96.7 percent. The findings of the two studies are being used to establish the WHO’s cervical cancer elimination strategy, which will be presented in Switzerland in May. You can find more information here.

Screenings for cervical cancer may save lives, but could other screenings end up doing more harm than good? Early detection could be leading to over diagnosis of cancers, reports sciencealert.com. Believe it or not, not all cancer cells pose a health threat. Sometimes people have abnormal cells in their bodies for their whole lives and those cells never cause a problem. So, detection and treatment of these cells can potentially do more harm than good if people are being unnecessarily exposed to cancer treatments that can be stressful to the body, say scientists in Australia who have studied the risks of over diagnosing cancer. The researchers determined that breast and prostate cancers are the most over diagnosed and found that both cancers saw a 50 percent increase in occurrence when early screening tools, such as mammograms, were introduced. In the UK research shows that for every woman whose life is saved from breast cancer screening, three women will be diagnosed unnecessarily. The challenge is in finding balance between diagnosing and over diagnosing. More details about what the Australian researchers discovered can be found here.

When cancer is diagnosed and needs to be treated, it’s important to have options. The United States Food and Drug Administration (FDA) approved a new treatment for high-risk nonmuscle invasive bladder cancer, reports urotoday.com. Approved in early January, pembrolizumab (known as Keytruda), gives the 80,000 bladder cancer patients diagnosed each year, another possible treatment option. In trials, researchers found that 40 percent of patients had a complete response to the medication. Learn more about Keytruda’s journey to approval by the FDA here.

Another possible option may be available to women who want to have children, but are infertile after cancer treatment, reports cbsnews.com. A technique called in vitro maturation (IVM) recently resulted in the birth of a baby to a 34-year-old cancer survivor. The technique is still considered experimental, but you can learn more about it here.

Knowing your options is what patient empowerment is all about. Keep reading the Patient Empowerment Network blog to stay informed, and you’ll find more Notable News right here next month. Until then, don’t forget to eat some asparagus!