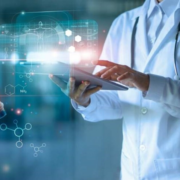 Curing cancer is undoubtedly one of the biggest challenges of the 21st century. One can still not say for sure if the scientists would be able to find the cure for cancer by the year 2020 ends. Nonetheless, there is no denying the fact that the last two decades have seen significant advancements being made to cure cancer if not from the root, but at least after it has been diagnosed. Many technological advances have been made with more investments being made for the research and development of highly advanced equipment that can help from conducting tests, diagnoses, confirmation to providing a relatively easier solution to making it better.

According to the latest statistics published in the ACS Journal for cancer research and diagnostics, in 2020, there are an estimated 1.8 million cancer cases in the US alone. However, the cancer rate has increased since 1991 consistently declined throughout till 2017, bringing about a total of 29% decline. These figures estimate that if approximately 606,520 cancer deaths are going to occur in the US, it is 2.9 million fewer than what it had been like if no new advances would have been made.

Over the years, technology has played its part in greatly reducing these numbers. Let’s see what the new decade has in store to help tackle this disease.

Thus, here are the top twelve newest technological advancements being made in the name of curing cancer, diagnosing it accurately early on, and aiding in making it easier for the patients who are already suffering.

Believe it or not, but a genetic mutation of cells causes cancer. The healthy cells transform into tumor cells in different parts of the body to cause cancer. As simple as it may sound, cancer is much more complex. As each cell growth can be very different from any other, this disease has severity levels of many different types that each of which may require individual attention, care, and medication.

According to Sean Marett, who is the CBO of the German immune-oncology company BioNTech,

“Mutations are random. If you look at one patient’s tumor and compare it to another patient’s, it would be highly unlikely that there will be a match.”

This is the main reason why BioNTech is proceeding with the development of personalized vaccines that will cater to every different type of cell growth.

Cancer itself is gradually spreading, but the treatments of this disease put the person in a way more vulnerable position to adhere to pain. For instance, as a part of cancer treatment, there may come a situation where a single biopsy is not enough. There are many biopsies and re-biopsies required that put the patient in an uncomfortable position as it is a painful test performed through your back using your spinal cord. In such circumstances, a fluid biopsy would reduce the chances of going through the biopsy pain more than once by allowing to test the cancer cells through a single blood sample.

The first approval of this cell therapy for cancer was seen in 2018. The technology behind this therapy is known as CAR-T cell therapy, is responsible for taking the patient’s immune T-cells, and by using genetic engineering, the cells would target the specific cancer antigen. There is no denying the huge success and immense progress that the clinical trials of the CAR-T cells have shown. Especially for patients that have already gotten rid of cancer but relapsed after some time and have already consumed all other options of medication to no avail, this technology guiding the immune cells to do the job would work progressively.

Developed by Zoltan Takats of Imperial College London, this intelligent surgical knife is known as the iKnife, is a great tool to be soon incorporated in the surgical kit for oncologists. It works by integrating a rather traditional technology of electrical currents heating the tissue to make incisions. This allows precision, as well as minimal blood loss. And as the iKnife vaporizes smoke and analyzes it by a mass spectrometer, it detects chemicals in the biological sample for an accurate result and a successful surgery. Not only does this save time for the real-time identification of malignant tissue, but surgeons love the tool for saving their time as well by cutting the surgery time almost in half.

In the last ten years, where the technological advancements were paving the way, the associated research allowed the scientists to uncover that many of the answers that we are looking for may reside right within our body. One of those discoveries was learning that our own microbiome that is the collection of the microorganisms that live inside our body, plays a huge role not only for cancer but for overall many other health aspects.

According to Christophe Bonny, CSO of a French company responsible for developing microbiome medicines,

6. Next Generation of Targeted Therapies

Auto-Immune Deficiency Syndrome or AIDS became one of the more dangerous diseases sometime back in the last decade. However, by combining drugs that were developed to cater to different targeted diseases, it resulted in an overall major treatment success that was finally able to put a gap between the disease carriers. Now, applying the same trial and error logic to cancer, research was able to pick up that the same can be proven beneficial. New advancements made in the field of biology that utilizes computer models to predict which targeted medicines may work in the perfect combination to provide reduction for the cancer ailments.

Many major research companies like Foundation Medicine are focusing on the early diagnosis of the disease than the actual cure. They believe the cure resides with the chemotherapy only if we turn down the severity of the disease and diagnose it as early as possible. They are adamant about working through molecular cancer diagnostics to develop test batches and clinical trial drugs that work just to recognize a stage one cancer right as soon as it develops in the cell. They hope that over time this will become the standard testing procedure followed by the tried and tested chemotherapy sessions that may even reduce in the number given how early the disease is caught.

Radiology is already a successful domain in a lot of medical fields. However, without a doubt, future innovations are based on doing one successful technology work for interdisciplinary aspects. For instance, Magnetic Resonance Imaging or MRI machines is currently used for delivering gene therapy, but for the future, it can be a potential treatment for brain tumors. You can find related articles on the essay writers service that further elaborate on how multifunctional innovations would be the go-to technological aspect application for the future.

The initial steps that we take like extracting the tumor cells from blood and sequencing the DNA as fast as possible; the decision making part of choosing with which treatment to follow up is still complicated. Even the most expert oncologist is not on the level to make a blind call based off of millions of studies and clinical trials for keeping the billion genetic mutations that could happen in a human body. It is why artificial intelligence or AI is the next big thing even in a cure for cancer research and development. The algorithms can not only remember the mutations but program them through to come up with a treatment in minutes.

Now coming to how can you can ease the process of measuring your health and updates about your internal body organs. So in many cases, the parameters taken for that can already be a huge aid for cancer reduction for pain. The advanced sensor technology is developed across all boards. You can work by having it embedded, implanted, or even continue by digestible sensors. These sensors can be swallowed to go through your digestive tract and come around the other way by sensing and recording whatever temperature changes it felt.

Wearable technology is already a huge market domain for fitness and tech enthusiasts alike. It can become a great tool for measure pain, heartbeat, blood, sugar, and chemo levels for patients by just a band around their wrist. Not only will it ease the pain of multiple tests, disruptions, and medicines, but wearable technology will automatically record data and keep it safe for further use and analysis.

Lastly, cancer has seen many developments been made to its name for numerous to cure it, treat it, or just to provide even a little relief in pain. So the future holds many different opportunities as the technology advances for the already successful ways to become more precise and have a hundred percent guaranteed results.

Even if scientists and researchers are unable to find the complete cure for cancer by the end of the year 2020, there is still immense hope and gratification towards newer technology paving ways for the treatment and making it all the easier day after day for the patients who go through the unfortunate disease that is cancer.

Claudia Jeffrey is currently working as a Health Enthusiast & Writer at Assignment Assistance, UK’s favorite dissertation help providers. Being a part of bigger research teams at medical facilities for cancer, she has gained significant experience over time. For further reading, you can check out her blog, where she shares her knowledge and expertise with a network of audience.