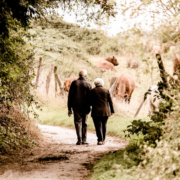 As people age, the body deteriorates and so does health. This is why getting or developing diseases is much more common to elderly individuals. While diseases are more common in the elderly, it is worth noting that this is not normal, in any way. You can grow old without having to suffer or live with a disease of any kind.

But, due to several reasons and factors, like a weakened immune system, diseases may still develop. And some of these include dementia and cancer.

If you know someone, especially within your family who is at risk for dementia and/or cancer, this post might help.

Dementia is very common for seniors and older adults. But, just like any disease and condition, it is not normal for aging people to develop dementia despite the fact that many senior citizens have the condition.

By and large, dementia is not a disease. Rather, it is a syndrome that encompasses a group of symptoms that has not been diagnosed with any condition yet. Alzheimer’s Disease is one of the many forms of dementia, and it is the most common of all.

As per data, AD accounts for almost 80 percent of people diagnosed with dementia. Although the two conditions may have similar symptoms, there are different ones as well.

Meanwhile, cancer can happen to anyone at any age. But, the median age is above 40. Also, it can occur anywhere in the body as it is the uncontrolled growth of abnormal cells in the human body.

Individuals develop cancer when the body’s ability to control the growth of the abnormal cells stop working. Instead of the old cells dying, it grows out of control, which then forms new abnormal cells.

There are different types of cancer. For women, the most common is breast cancer while for men, it is prostate cancer.

The Risk of Cancer In Dementia Patients

The Risk of Dementia In Cancer Patients

As mentioned, there is no direct relationship found between cancer and dementia. So, there is an insignificant number of cancer patients who have developed dementia. But, the same with reversed dynamic, there are still a few people who obtain and develop the two conditions at the same time.

It is also worth noting that several studies reportedly show that cancer patients tend to develop some symptoms that may be similar to dementia. Typically, people who have brain cancer are the most common ones who show some symptoms of dementia. These symptoms may include forgetfulness, confusion, and disorientation.

These studies also noted that cancer patients who have developed dementia are normally the ones who have undergone treatments and surgeries. While the studies have remained inconclusive, there are significant factors that seemingly prove so.

When Dementia and Cancer Collide

Dealing with dementia patients and cancer patients alone is already challenging enough. These two conditions are very different from each other. So, the care, treatment, and management also differ from one another. Therefore, when a patient develops both cancer and dementia, this is certainly very challenging not only for the patient but, also to the caregivers and family members involved.

As per actual caregivers and experts from https://www.seniorlivinghelp.org, when dealing with patients who have both cancer and dementia, the most important thing to be resolved is to decide whether treatments for both conditions will be given to the patient. While it is a very difficult thing to decide on as life is on the line, sadly, this is a must.

So, if dealing with this kind of situation, it was said that two questions will help you move forward. First, how advanced is dementia; second, what is the stage, type, and severity of cancer.

After understanding and learning the answers to these questions, this will help you decide how to effectively deal with a patient who has both cancer and dementia.

How Does Cancer Affect Dementia In Elderly

Cancer has a huge impact on dementia patients. When treating cancer, keep in mind that the process will be tedious, rigorous, and meticulous. It will take time, effort, and resources for the treatment to become a lot more effective. Accordingly, dementia patients will certainly have a harder time dealing with this kind of condition.

There are times medications will be forgotten, treatments will not be followed, and necessary processes may become much more confusing. So, the challenge will become even more apparent not only to the patients but, to the caregivers as well.

As repeatedly mentioned, this kind of case is very challenging. So, serious considerations and regards to matters involved in the case are largely needed.

In the past, medical experts and doctors would decide what’s best for the patients. But, times have changed and the decision-making is now being given mainly to the family and loved ones of the patients.

Here are some of the things that you may need to look at when moving forward:

Seniors who have both cancer and dementia are faced with tremendous challenges physically, mentally, and emotionally. The same is also true for the caregivers and families involved in the situation. While some families are able to care for their loved ones at homes, others may need to look for assisted living for cancer patients. So, there is no doubt that considering all matters at hand is a must when deciding the best action to move forward for the betterment of everyone’s condition.

These tips and points might help you in doing so. Hence, you may want to check each and try to analyze further what could help. In the end, though, this remains to be a case-to-case basis as no situation is the same.

Holly is a pet lover who owns a dog and loves to write about everything related to pets. She is a frequent writer and contributor to top online pet publications and blogs, including Faith Based Assisted Living and Pet Friendly Senior Living.