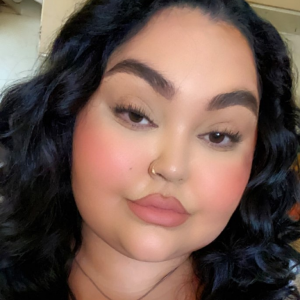 Sasha is from a small town in Southern California called Brawley. She was diagnosed with AML in December 2017 and her records noted it was M5. At the time of her initial diagnosis, she had an intense round of chemotherapy which completely wiped out her immune system and was told she would need a bone marrow transplant (BMT). Sasha had 2 more rounds of chemotherapy after that and then a BMT in July 2018. She has been in remission ever since October 2018.

Sasha is a caregiver and enjoys cooking, baking, and doing makeup artistry. She believes patient advocacy is extremely important because just knowing you aren’t alone on your health journey makes such a difference and being able to talk to someone else who knows exactly what you’re going through is such a relieving feeling.