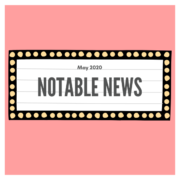 Just in time for summer, there are a couple of compelling reminders of why we should all be exercising more. There’s also a new map for breast cancer, and a new vaccine that we’ve all been hoping for. No, not the one for Covid-19, but this one is equally important. Oh, and, speaking of infectious diseases, new research shows that getting an infectious disease could very possibly lead to cancer.

Researchers have found a link between infectious diseases and the development of cancer, reports medicalnewstoday.com. In a study that looked at data from more than 50,000 people over a period of seven years, researchers determined that people who had had an infectious disease, such as influenza, pneumonia, gastroenteritis, and hepatitis, had a higher risk of developing a later cancer. In addition, different infections were linked to different forms of cancer. For example, people who had pneumonia were more likely to later develop stomach cancer. More research needs to be done to fully understand the connection but, knowing that there is a link between some diseases and future cancer occurrence could help in developing better cancer screenings and diagnostic testing. It could also help us all work harder at staying as healthy as possible. Learn more here.

Like it or not, a great way to actively try to stay healthy is through exercise. Research continues to show that exercise is beneficial for cancer treatment and prevention. More specifically, a new study shows that exercise may help prevent liver cancer, reports medicalnewstoday.com. This is particularly good news because liver cancer is on the rise and it is deadly. The general five-year survival rate is 18 percent. Men are at a higher risk of developing liver cancer, and it is the fastest growing cause of cancer death for men in the United States. The study, performed on mice, found that exercise reduced the occurrence of liver cancer. While all the mice in the study were obese, only 15 percent of the mice who exercised developed liver cancer. Of the mice that didn’t exercise, 64 percent developed liver cancer. In addition to establishing the link between exercise and liver health, the researchers also discovered molecular reasons why exercise may prevent liver cancer. They found that exercise switched off a stress-activated protein that has been found to support tumor development and turned on a gene that has been found to inhibit the growth of cancer cells. Hop on the treadmill and learn more about the study here.

Exercise can not only prevent cancer, it can also increase your chance of survival. A new study shows that exercise increases the length of survival for women with high-risk breast cancers, reports cancer.gov. High-risk breast cancers are more likely to recur or spread, but the study showed that women who were physically active were more likely to live longer and were less likely to have their cancer recur. While those who exercised the most and the most often showed a greater reduction in rates of recurrence and chance of death, there were positive outcomes for those who exercised during any stage of their diagnosis and treatment. Learn more about the positive effect exercise can have on breast cancer survival rates here.

Of course, the ultimate form of cancer prevention might be a vaccine and researchers are getting closer to making that a reality. A new and promising cancer vaccine has been developed, reports techtimes.com and medicalxpress.com. The vaccine was developed using microcapsules and when the vaccine is injected, the microcapsules, which have a self-healing component, activate the immune system, and inhibit tumor development. The vaccine showed effectiveness against different types of tumors including melanoma, breast cancer, and lymphoma. More information about how the vaccine was developed and how it works in the body can be found here and here.

It’s nice to know that the scientists are out there doing the research and working on creating important vaccines that give us hope for a healthier tomorrow, but it’s also nice to know that simply by taking a walk or a run or a bike ride and by washing our hands or wearing a mask or keeping our distance, we are all taking important steps toward being empowered patients today. 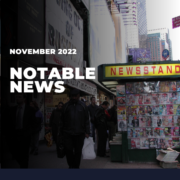 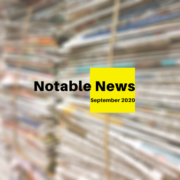 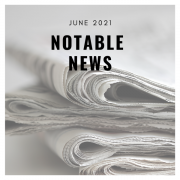 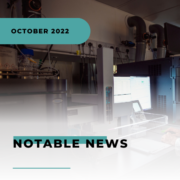