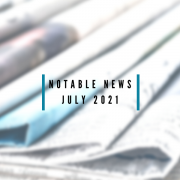 In case you haven’t heard, there’s a sunscreen recall, but that may not be the only common household product that could contain cancer-causing chemicals. New research has found a clue to understanding metastasis and hope for treating pancreatic cancer, and it’s time for Americans to admit that consuming alcohol is putting them at greater risk for developing several types of cancer.

Even though fewer than one in three Americans equate drinking alcohol with getting cancer, a recent study links alcohol consumption to more than 740,000 new cases of cancer, reports advisory.com. The three most common alcohol-related cancers are esophageal, liver and breast, but the study also found that mouth, larynx, colon, and rectum cancers are related to alcohol consumption. Cancer risk increased with the amount of alcohol consumed, but even moderate drinking (two or fewer drinks per day) was linked to 14 percent of the alcohol-related cancers. Men may have a higher risk factor as they made up 75 percent of the cancer cases related to alcohol. There are several reasons alcohol consumption is linked to cancer including the way alcohol breaks down in the body. Ethanol, which is the alcohol in beer, wine, and liquor, breaks down into a known carcinogen called acetaldehyde. Other factors are alcohol’s ability to increase hormone levels and to hinder nutrient absorption by the body. Learn more about the link between alcohol consumption and cancer here and here.

A healthy protein in a once-overlooked tiny cell component called an intracellular nanovesicle (INV) may be a clue in explaining how it’s possible for some cancers to metastasize and form secondary tumors, reports medicalxpress.com. The protein, named Tumor Protein D54 (TPD54), is involved in the movement of cells. Researchers found that when higher levels of TPD54 were present cell movement increased, and when there was less TPD54 the cells moved less. Increased levels of the protein are associated with some breast cancers that tend to metastasize indicating that TPD54 plays a role in movement of the cancer cells. However, targeting TPD54 to treat cancer is not ideal as the protein is important for a number of normal cell processes including wound healing and immune response. The discovery of the TPD54 role in cell movement along with more study of the INVs and their function as couriers within a cell, could lead to further understanding of metastasis of cancer cells. Find more information here.

A clinical trial for a new pancreatic cancer treatment is showing positive results, reports biospace.com. The ongoing trial is being conducted by Lantern Pharma for the drug candidate LP-184. So far, the preclinical data showed that pancreatic tumors in mouse models shrank with a promising 90 percent efficacy over eight weeks. In comparison, a control group of untreated mice showed tumor growth over the same period. In addition, researchers saw a significant reduction of cancer cells and cancer cell growth in other models. Further study of LP-184 is planned. Learn more here.

Exposure to household chemicals could increase the risk for breast cancer, reports medicalnewstoday.com and studyfinds.org. Researchers say there could be as many as 300 toxic chemicals in common household items such as processed foods, make up, hair products, and furniture. Many household items contain chemicals known as endocrine disrupting inhibitors, and researchers say we should be concerned about our exposure to these chemicals which can alter the hormones that affect breast cancer. While the impact of many of the chemicals is still unknown, there is evidence that some of the chemicals make cells in breast tissue produce more estrogen and progesterone, which both have a known link to breast cancer. Learn more here and here.

Neutrogena, Aveeno, and CVS Health have voluntarily recalled some of their sunscreens or after sun products, reports cnn.com. The sunscreens were found to have been contaminated with benzene, a chemical that increases the risk of developing leukemia and other blood disorders. The recalled products are all batches or lots of Neutrogena Beach Defense aerosol, Neutrogena Cool Dry Sport aerosol, Neutrogena Invisible Daily defense aerosol, Neutrogena Ultra Sheer aerosol, and Aveeno Protect + Refresh aerosol. All recalled Neutrogena and Aveeno sunscreens can be found here, and customers can request a refund by completing the form here, or calling 1-800-458-1673. CVS also stopped selling CVS Health After Sun Aloe Vera and CVS Health After Sun Aloe Vera Spray after the Neutrogena and Aveeno products were recalled. Experts say the recall is not a reason for people to stop using sunscreen as the majority of sunscreens on the market do not contain benzene and successfully protect against skin cancers. An independent lab tested sunscreens and found that most of them did not contain benzene. Learn more about the recalled products and benzene here.

Please take a moment to take the PEN Snapshot Survey designed to measure how our tools are helping you on the critical path to empowerment. By completing the short survey you will be automatically entered to win a $100 Amazon Gift Card! 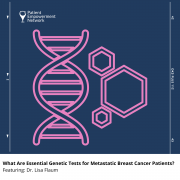 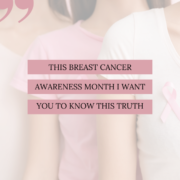 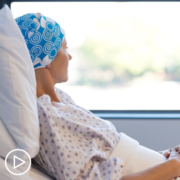 When Is a Full Mastectomy Appropriate for Metastatic Breast Cancer Patients? 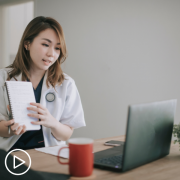 Will Telemedicine Be an Equalizer for Patients Experiencing Bias?