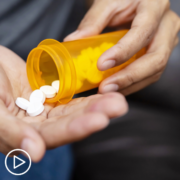 From what I understand, treatment really should start right away. So, what types of treatment are currently available to someone newly diagnosed with DLBCL?

Sure, so for about 20 plus years now, the standard of care for most patients with DLBCL, regardless of whether it’s a germinal center or an activated B-cell type DLBCL, is a combination of what we call chemo immunotherapy, the acronym for which is R-CHOP, and each of those letters stands for a different medication. The R stands for rituximab, which is an antibody that coats the surface of lymphomatous B cells and sort of signals the immune system to come and kill those cells.

The C is cyclophosphamide, the H is hydroxy doxorubicin, and the O is Oncovin. These are each classical chemotherapy drugs, and they each work through a different mechanism to help kill lymphoma sells. And the P is a steroid pill called prednisone, so it’s a little bit complicated, but the reason that we use cocktails of medicines to treat lymphomas is that it really works to prevent the lymphoma cells from gaining the upper hand, from developing resistance to a single type of treatment.

Now, I should say that for certain DLBCLs, particularly those double hit lymphomas that we talked about, sometimes we use a more intensive cocktail called dose-adjusted R-EPOCH. It has largely the same medications with an additional chemotherapy called etoposide.

The difference is that R-CHOP is given – all the drugs are given intravenously, with the exception of prednisone, over a single day. The dose-adjusted R-EPOCH is given over an infusion over the course of about five days. The other point I might make is that there was a recent large clinical study that compared R-CHOP to a new regimen called polatuzumab R-CHP. So, basically the O in R-CHOP was removed and substituted for this new drug called polatuzumab vedotin, and although many, many combinations similar to R-CHOP have been compared to R-CHOP over the past 20 years and failed, this regimen, polatuzumab R-CHP in the study called the POLARIX study actually was shown to improve what we call progression-free survival by about six percent. So, it may become a new standard of care for treating DLBCL, which is exciting, because we haven’t had one in over 20 years.

Long answer to a short question, sorry about that. Yes, it is good news.

That is good news. What about stem cell transplants?

Good question. So, for newly diagnosed patients, in this era, we rarely if ever are recommending stem cell transplant or stem cell transplantation as part of initial therapy. There are rare circumstances, but for the vast majority of patients who are, people who are diagnosed with DLBCL, it’s not recommended.

Where do clinical trials fit in?

It’s a really good question. I practice at an academic medical center, and so one of our missions is to advance therapy and make it better. There’s no way to do that without performing clinical trials, so I think for – clinical trials aren’t for everyone. As a matter of fact, most people with lymphoma are not treated in the context of clinical trials.

But certainly I think they are important to consider, and number one, it’s possible that the particular person might be involved with the clinical trial that is very successful and actually improves their outcome. I always tell people that I see that being involved with the clinical trial is also, to some extent, an altruistic endeavor. You’re helping your doctors learn more about how to treat a type of cancer, hopefully better, maybe not, you know? So, there is some altruism that goes into clinical trials as well. So, I do think that most people who are able should consider having a second opinion. Doesn’t have to be at an academic medical center, but at least with another doctor, where clinical trial options can be discussed. 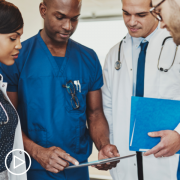 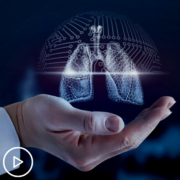 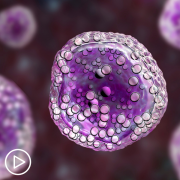 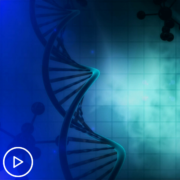 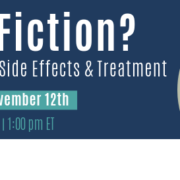 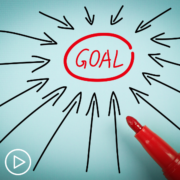