This resource was originally published on Bone Marrow and Cancer Foundation here.

The Bone Marrow & Cancer Foundation’s Survivorship Program provides resources that can address the needs of all bone marrow, stem cell, and cord blood transplant survivors, their families, and caregivers. Our goal is to provide education and support for people coping with the physical and emotional challenges of transplantation. Web accessibility to many of these resources means that no matter if you are at home, at a treatment center, or staying in out-patient lodging immediately following discharge, you are not alone; the survivor community is at your fingertips. The website will be an interactive community that serves as a meeting place and a shared resource for those who have survived a transplant and their families.

Transplant survivors tell us that while they felt well-prepared for transplant, many were very isolated in the days, weeks, and even months following transplant. The return to “normal” life takes a different path for each person; yet the shared common experiences can provide significant support and encouragement during the process. The Bone Marrow & Cancer Foundation’s Survivorship Program will address the ongoing need for emotional and social support, provide education about transplant and side effect related issues, host online discussion forums about social, physical, and psychological concerns, and help you create a healthy new life.

Resources for Patients and Families

The Foundation offers several programs, such as Ask the Expert and SupportLine to help patients and their families make the connections they need and resources to find information to help allay their fears and better understand the challenges they face.

The biopsy revealed that I had acute myeloid leukemia. Since this disease can kill within months, they recommended immediate treatment. The next day I checked into a hospital and started chemotherapy.  I received the standard treatment for this disease for the preceding 40 years: a “7 + 3” cocktail of cytarabine and idarubicin.  I spent five and a half weeks in the hospital dealing with various infections brought on by immunosuppression and patiently waiting for my blood counts to recover. As they did, I received the best possible news. The chemotherapy had achieved a temporary remission that bought me time to explore my options for longer term treatment.

As I awaited the molecular and cytogenic data on my cancer, I was told to expect two possibilities.  If there was a relatively low risk of relapse, I might get by with additional chemotherapy. If there was a high risk of relapse, a stem cell transplant was in order. When the results placed me in an intermediate risk category, I had a tough choice to make. After researching my options, getting second opinions, gathering advice, and reading my doctor’s cues, I settled on the transplant.  My logic was that if I opted for more chemo and it didn’t work out, I would deeply regret not having the transplant.  If I had the transplant and it didn’t work out, at least I would feel as if I gave it my best shot and it just wasn’t meant to be. Despite the 15-20% mortality rate from the transplant itself, I was at peace with my decision to proceed.

My benefactors were two anonymous sets of parents who had donated their newborn infants’ umbilical cords to a transplant bank.  Once we found two good matches, the cords were shipped to my transplant hospital, the cord blood was extracted, and it was transfused into my bloodstream. These stem cells just “knew” where to go to engraft in my bone marrow and begin producing a healthy new immune system.  For the second time, I received the best possible news. Three weeks after transplant, one of my donor’s cells were 99% engrafted. With that result, I returned home for a prolonged recovery.

For the next few weeks, I faced daily clinic visits, blood tests, transfusions of platelets and red blood cells, growth factor injections, and lingering effects of my conditioning chemotherapy and radiation as well as the engraftment process itself. As the weeks turned into months, my recovery proceeded apace.  It eventually became clear that I could claim the best possible news for the third time, as my new cells and old body got along with each other and there was no evidence of graft-vs.-host disease.  Looking back over the entire process, my oncologist summarized it by saying “this is as good as it gets.”

Many people wanted to give me credit for surviving this disease. While it is tempting to claim such credit, I remain agnostic about whether anything I did had a material effect on my positive outcome. I think my survival was largely a matter of luck, chance, and random variation across AML patients. Nonetheless, there were several practices I engaged in throughout my treatment that deserve mention. At the very least, they brought me peace during a difficult time. And at the most, they may indeed have contributed to a positive outcome for which I am eternally grateful.

The first set of practices that sustained me was mindfulness, meditation and yoga.  To the greatest extent possible, these practices helped me let go of ruminations about the past or fears about the future and focus on the present moment.  Focusing on my breathing kept me centered as – like my breaths – each moment flowed into the next.  Maintaining a non-judgmental awareness and acceptance of each passing moment kept my psyche on an even keel.

Rather than extended periods of formal meditation, I simply sought a mindful awareness of each moment, hour, day and week.  I also went through a daily yoga routine even while receiving chemotherapy. Doing so helped me retain my identity as I weathered the toxic treatment and its inevitable side-effects.  In the evenings, I used a technique called a body scan to relax and prepare me for a peaceful sleep. The cumulative effect of these practices was a calm acceptance of circumstances I could not change alongside a serene hope that all would work out for the best.

A second practice involved being a proactive patient.  Perhaps it was my training as a social scientist that allowed me to bring an analytical curiosity to my disease and the treatments my doctors were deploying. I asked lots of questions during their all too brief visits, and they patiently responded to all my queries.

On several occasions, my proactive stance made a positive contribution to my treatment.  When I developed a nasty, full body rash, it took a collaborative conversation between me, my oncologist, and infectious disease doctors to isolate the one drug among so many that was the culprit. I identified it, they switched it out, and the rash abated. On another occasion, I was able to identify two drugs that were causing an unpleasant interaction effect.  I suggested changing the dosing schedule, they concurred, and the problem resolved.  The sense of efficacy I received from this proactive stance also helped me retain a positive mood and hopeful stance during my prolonged treatment.

A third practice involved maintaining a regimen of physical activity.  During my first, five-week hospital stay, I felt compelled to move and get out of my room for both physical and social reasons.  I developed a routine of walking the halls three times a day, trailing my IV pole behind me.  They tell me I was walking roughly 5 miles a day, and every excursion felt like it was keeping my disease at bay and connecting me with all the nurses and staff members I would encounter as I made my rounds.

When I moved to my transplant hospital, I was confined to my room but requested a treadmill that met the physical need for activity even as I sacrificed the social benefits of roaming the halls.  But throughout both hospital stays and later at home, I maintained stretching activities, exercise workouts, physical therapy routines, and yoga to keep my body as active and engaged as my circumstances would allow. These activities also gave me a welcome sense of efficacy and control.

A fourth practice involved maintaining my sense of humor.  I have always appreciated a wide variety of humor, ranging from bad jokes, puns and double entendre to witty anecdotes and stories to philosophical musings.  Cancer is anything buy funny, which is precisely why humor has the power to break through the somber mood and fatalistic worldview that so often accompanies the disease.  Using humor became another way of keeping the cancer at bay.  It was a way of saying you may make me sick and eventually kill me, but I’m still going to enjoy a good laugh and a bad joke along the way.

Alongside these practices I could control, there were also beneficial circumstances beyond my control that worked in my favor.  These included the privilege of being a well-educated white male that led to my being treated respectfully and taken seriously by all my health care providers.  In addition, my doctors and nurses consistently combined skill and expertise with compassion and empathy in ways I will never forget or could ever repay. And finally, my privileged status and excellent care played out against a backdrop of strong social support from a dense network of family, friends, colleagues and neighbors.

A final practice that integrated everything else was writing my story as it unfolded. Upon my first hospitalization, I began sending emails to an ever-expanding group of recipients documenting and reflecting upon my disease, treatment and recovery.  Narrating my story for others required me to make sense of it for myself.  The ostensible goal of keeping others informed became a powerful therapeutic prod for my own understanding of what was going on around me and to me.  While my doctors’ ministrations cured my body, my writing preserved my sense of self and a coherent identity.

I eventually sent over 60 lengthy reports to a group of roughly 50 recipients over a 16-month period.  This writing would eventually serve three purposes.  It was a sense-making procedure for me. It was a communication vehicle with my correspondents. And finally, I realized it could be a resource for others in the broader cancer community. With that insight, I did some additional writing about lessons learned and identity transformations and published the resulting account.

As I mentioned at the start, I will never know if any of these practices or circumstances made a material contribution to my survival.  But they maintained my sanity and preserved my identity during the most challenging experience of my life. Regardless of the eventual endings of our journeys, sustaining and nurturing ourselves along the way is a worthy goal in itself. 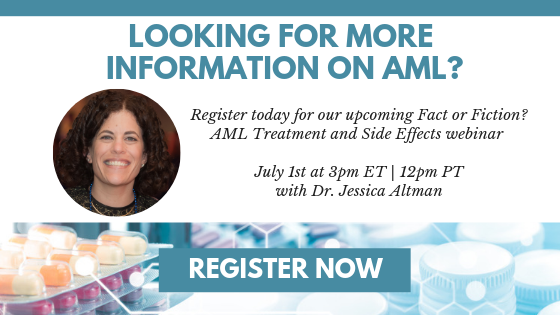 Steve Buechler is the author of “How Steve Became Ralph: A Cancer/Stem Cell Odyssey (with Jokes),” which was recently selected as an inspirational “Suggested Reading” by the Leukemia and Lymphoma Society. He recently recorded a 5-part webcast series that expands on his recovery story here. Steve’s numerous blog posts, video presentations, and more may be found at www.stevebuechlerauthor.com and he is on Facebook at SteveBuechlerAuthor.