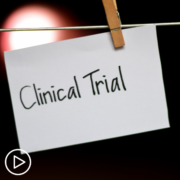 Dr. Ruben Mesa is an international expert in the research and care of patients with myeloproliferative neoplasms (MPNs). He serves as executive director of UT Health San Antonio MD Anderson Cancer Center in San Antonio, Texas. More about this expert, here.

Let’s move on to some common language used around clinical trials. I’ll mention a few and then maybe you could define them for the audience. The first one is, informed consent. What does that mean?

Informed consent is that what is involved with participating with a trial, what the drug is, what do we know about its safety, what you might anticipate, either in terms of side effects, whether a likely side effect or a rare side effect.

And what’s involved with you in terms of a participation, whom to call if there’s an issue. It really is an extensive document. It looks like a contract, but actually it is not.

So, informed consent is not an obligation to participate in the trial, nor does it mean that you have to stay on the trial for any length of time.

It is truly to inform you, and then you sign it, saying that you have been informed. One important concept: in the clinical trial, you are always in the driver’s seat, so that if you take – you sign the consent and you choose not to participate, you’re done then and there. If you take one dose and you don’t want to take anymore – fine. So, you’re always in the driver’s seat. It looks like a contract; it clearly is not. It is not an obligation from your side.

That’s good to know. What about standard of care?

So, standard of care is the medical language we use to how we would treat you otherwise. So, a clinical trial, by definition, is we’re trying something new.

What does adverse event mean?

An adverse event means any possible side effect or event, a hospitalization or something of that nature. And then, the doctor typically attributes whether it’s related or unrelated. So, let me use an example.

If you’re on a clinical trial with a drug, but you go skiing; you fall and you break your ankle. That is an adverse event. You were hospitalized and had a broken ankle during the conduct of the study.

Now, it likely is not attributed to the trial drug, and that’ll be discussed and investigated.

But maybe it was. Maybe you felt light-headed and you passed out because of the drug you were on and you were skiing. So, again, that is a determination that your doctor makes about an adverse event. But it’s an adverse event whether it’s related to the drug or whether it has nothing to do with the drug.

And what about HIPAA? What does that mean?

HIPAA relates to – and I forget the full acronym – but really, it’s around the integrity of your patient information and that that is not able to be disclosed in a way that is either harmful to you or to individuals that really are not authorized to receive that information, which typically includes your treating team with permission – if you give permission to another healthcare provider or system, to your insurance company, et cetera.

A big concern for patients who may be considering participating in a clinical trial is fear that they will receive a placebo. Can you define what a placebo is for the audience?

So, a placebo means a drug that is inert. So, historically, a placebo has been, let’s say, like a sugar pill.

Now, if there’s a standard of care approach, that’s likely the comparison group.

Now, the group that starts with standard of care may well then have a period where they “crossover,” where they are treated in one way for a certain amount of time, and then get kind of the drug in question. A placebo is truly meant to be the same as kind of getting nothing. Now, in a disease like MPN, the number of placebo control trials is really very few. Sometimes a situation that they are used is where the comparator is, let’s say, trying to use two drugs – so, let’s say, the standard of care plus a new drug – versus the standard of care alone.

But anything like this, one – any trial a doctor refers you to, one should fully understand exactly how the trial works. Is it a trial with a placebo? Is it not? And then, allow that to help kinda inform your own consideration.

Is this something that I’m willing to do? Does it make sense? Is there a different approach? You know, is there a different trial that does not involve a placebo? So, I think, as physicians, we clearly understand that we try to absolutely minimize the situation where placebos are used. And when they are used, they are only used in a way that we feel that no one is getting less than at least the standard of care therapy that they would otherwise.

You know, it is unethical for there to be a placebo that really would deny patient a therapy that we otherwise know would be helpful.

Are there other common terms that you think patients should understand and know about?

As you relate to adverse events, sometimes you would hear the term, serious adverse event, and this is sometimes to separate whether, again, as the name suggests, they are serious – and by serious, that sometimes has a threshold of requiring hospitalization, requiring a visit to the ED, emergency department – to potentially being life-threatening. Now sometimes these are associated with the disease or the medication. Sometimes, they’re unrelated. But these are ones we’re particularly sensitive of.

Again, as one looks at side effects of therapies, you’ll look at an informed consent and typically it will be a fairly long list of possible things. A relatively short list of things that we expect might happen being likely to occur, maybe can occur in greater than 20 percent of people, and sometimes some really rare things that are less likely to occur. But we also look at – when we look at a trial and look at all of the side effects that people had – were they related, were they unrelated, and were they potentially serious or not? 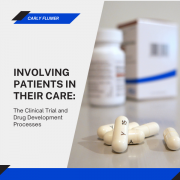 Involving Patients in their Care: The Clinical Trial and Drug Development Processes 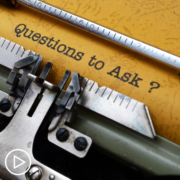 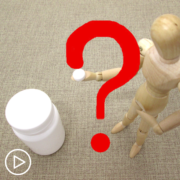 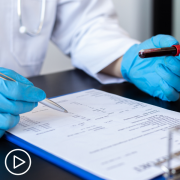 What Key Tests Do You Need Before Choosing an AML Treatment? 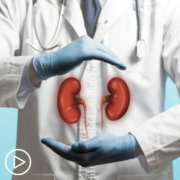 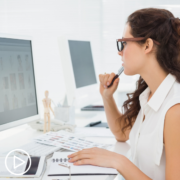 Monitoring MPNs: When is it Time to Switch Therapies?