The month of October brings exciting legislature to help patients afford available cancer treatments. Once passed, this legislature could make cancer treatment equitable and affordable while having a profound impact on the future. Scientists have created a new cancer vaccine for high risk melanoma patients that when given in combination with a cancer medication has encouraging results. Scientists have also found an experimental treatment for cancer that uses a modified herpes virus that has very promising early results. Lawmakers have an impact on cancer treatment by regulating laws that govern the insurance companies and are equally as important as the scientists finding the new cancer treatments.

Insurance Companies Shouldn’t Decide Which Cancer Treatment You Get. That Could Change.

There is a term that is familiar to cancer patients and providers, financial toxicity. Financial toxicity is when patients cannot afford the available treatment for their cancer. New options for cancer treatment are available; it used to be just IV medications but now there are oral medications to treat cancer. Insurance companies do not look at the two cancer treatments the same. They often deny coverage or impose huge out of pocket costs for the oral medication despite that doing so puts the patient at risk and violates the doctor-patient relationship by ignoring a prescribed treatment plan, in favor of saving money reports CharlotteObserver.com. There is legislation in front of congress called Cancer Drug Parity Act that could change this for cancer patients. This Act asks for the health plan to cover the level of cost share for all different kinds of cancer medications; it would assure the patients under the plan would get the treatment that they needed. There have been 40 states that have passed legislation regulating insurance plans, this act addresses the federal government. This legislation keeps the decision about cancer treatment between the patient and the oncologist. Click to read the full story.

Scientists have created a cancer vaccine for Stage-2 melanoma that is custom for each patient. This vaccine is based on messenger RNA technology. The goal of Moderna’s vaccination is to stimulate the immune system to release killer T cells that specifically target particular mutations in patients reports HealthDigest.com. Scientists will give the vaccine with a drug already FDA approved called Keytruda. Keytruda is a monoclonal antibody that is already used to treat certain cancer types. Melanoma is a skin cancer that starts in the cells that make melanin and it is the deadliest form of skin cancer. Melanoma can spread to other parts of the body. It is caused by UV exposure from the sun or tanning bed and the UV rays damage DNA. Early detection increases survivability. Wearing sunscreen that blocks the damaging UV rays is important for prevention of melanoma. This vaccine in combination with Keytruda offers hope for people at high risk of developing melanoma. Click to read the full story.

Scientists have managed to wipe out terminal cancer using a modified version of the herpes virus. A patient in a trial for the cancer-extermination virus saw his cancer completely disappear after the treatment. Over 15 months later, he has remained cancer free, according to the Institute of Cancer Research in London reports BGR.com. This treatment is still in it is early stages but is offering positive results and hope for cancer patients.There have been other viruses used to treat disease and cancer, the safety of the virus dosage is scientists biggest concern. The virus multiplies in the tumor and causes the tumor to burst from the inside out. The virus also increases the immune system’s ability to kill the cancer. Viruses help scientists target the cancer cells specifically. It is an example of looking at something that typically harms the body, in a new light to kill cancer. Click to read full story.

Dana Kaiser is a professional writer and a strong patient advocate, learning from experience during her 22-year career as a nurse.

While we’ve heard a lot about the vaccine for Covid-19, vaccines for cancer have been in development behind the scenes, and they show a lot of promise. Traditional treatments, like surgery, are still helpful as well, and early screenings are key to better survival rates. However, cancer survivors need to pay attention to their hearts, and young men need to be aware of any changes to their skin.

Melanoma is on the rise among younger men, and doctors aren’t quite sure why, reports menshealth.com. It is the fifth most common cancer for men and one of the top three among young adults. Research shows that young, non-Hispanic white men make up more than 60 percent of melanoma-related deaths. Doctors have some theories about why younger men are particularly at risk for melanoma, but the reasons aren’t entirely clear. One theory is that men could be biologically prone to developing melanoma because of their sex hormones. It’s thought that testosterone may cause melanoma to spread quickly and grow faster. Learn more here.

Cancer survivors have a higher risk of heart disease, reports pharmacytimes.com. A new study shows that 35 percent of Americans who have had cancer have an elevated risk of heart disease, compared to 23 percent of those who have never had cancer. Some of the treatments that cancer patients receive, such as radiation and chemotherapy, can affect cardiovascular health, and researchers hope that more attention will be paid to those risk factors. Read more here.

There are new lung cancer screening guidelines that increase the recommended number of people who get yearly CT scans for lung cancer, including more African Americans and women, reports nytimes.com. The new guidelines, which were previously established based on data for white males, reduce the age and smoking history requirements, and now include people, aged 50 to 80, who have smoked at least a pack a day for 20 years or more, and who still smoke or quit within the past 15 years. The goal is to detect lung cancer early in people who are at high risk due to smoking. By reducing the age and smoking history requirements for screening, more women and African Americans will likely benefit from the new guidelines as they tend to develop cancer earlier and from less tobacco exposure than white males. CT scans can reduce cancer death risk by 20 to 25 percent. Learn more here.

A Global Breast Cancer Initiative was introduced this month by the World Health Organization, says www.who.int. The initiative seeks to reduce global breast cancer mortality by 2.5 percent each year until 2040. Breast cancer has surpassed lung cancer as the most commonly diagnosed cancer worldwide. Survival rates have increased in high-income countries, but in low-income countries less progress has been made. To implement the initiative, global partners will use strategic programs that include health promotion, timely diagnosis, and comprehensive treatment and supportive care. Read more about the global initiative here.

Researchers have developed a vaccine that uses tumor cells in a patient to train the immune system to find and kill cancer, reports news.uchicago.edu. The vaccine is injected into the skin and has shown that it stopped melanoma tumor growth in mice. The vaccine is a new, and potentially safer and less expensive, way of using immunotherapy to treat cancers. It works as a therapeutic vaccine, activating the immune system to kill cancer cells. Researchers are planning to test the method on breast and colon cancers, as well as other types of cancers, and eventually plan clinical trials. Learn more here.

A Phase 1 trial is showing incredible promise for a brain tumor vaccine, reports newatlas.com. Research shows that the vaccine is safe and that it triggers an immune system response that slows tumor progression. The vaccine targets a gene mutation common in gliomas, which are a hard-to-treat type of brain cancer. The trial showed that 93 percent of patients had a positive response to the vaccine, and no tumor growth was seen in 82 percent of patients after three years. While the results are promising, researchers are cautious and say larger studies need to be done. A Phase 2 trial is being planned. Find more information here.

Vaccines for highly contagious childhood illness — such as diphtheria, measles, and the mumps — are, for many, an everyday part of pediatric health care.  Even though our kids may scream piteously as the needle goes in, many parents feel that it’s a good thing to protect their children from what were once very common illnesses.

Now this same concept is being applied to cancer. 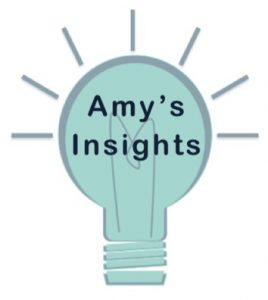 Along with the growing interest in immunotherapy to treat cancer, there is now growing interest in the idea of preventing cancer through using the body’s own mechanisms to fight disease.  There are several vaccines that have gone through clinical trials and been approved by the FDA: Gardasil®, Gardasil 9®, and Cervarix®.  There are also several vaccines that work against Hepatitis B.

Long-term exposure to Hepatitis B virus (HBV)  impairs liver function and can lead to liver cancer. So researchers have designated HBV as the target of multiple vaccines that protect against this infection.  Two vaccines, Engerix-B and Recombivax HB, target only Hepatitis B. Other vaccines such as Twinrix and Pediatrix protect against HBV and other harmful viruses. Clinical trials are underway to develop vaccines to prevent cancers of the bladder, brain, breast, prostate, and kidneys, among others.

Using vaccines to protect and prevent cancers is just beginning.  It is showing great promise as research shows the interrelationship of various viruses and cancer development.