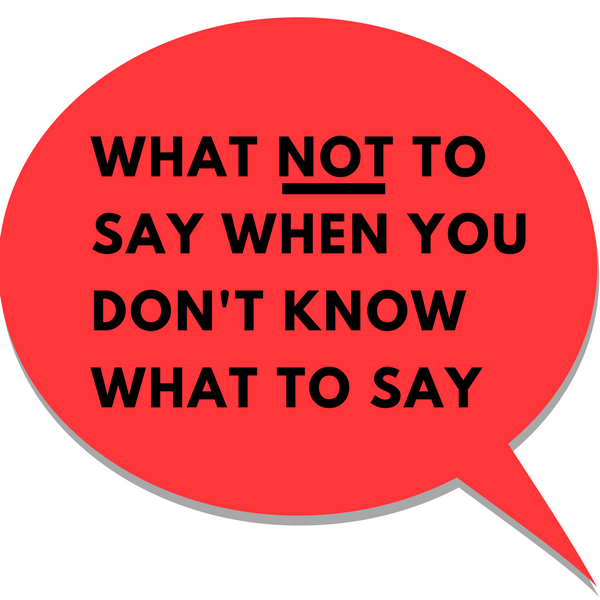 We don’t always talk much about how to talk to each other when illness comes calling. People tend to feel awkward and uncomfortable, often blurting out words that are meant to be encouraging and helpful, but end up being exactly the opposite. Many people just don’t know what to say but, more importantly, many people just don’t know what not to say. Let’s start the conversation with some of the most common comments and why you shouldn’t say them.

These comments, on the surface, seem harmless enough, but they tend to minimize what the person is going through. Comments such as, Be strong, You’re so Brave, Be sure to pray about it, orYou’ll beat this with a positive attitude, oversimplify the challenges of being sick and undergoing treatment. While it’s nice to be hopeful, no matter how positive or prayerful he or she may be, there is no guarantee that the person is going to “beat it” or get well and people who are sick don’t need the added pressure of staying strong and brave through all the ups and downs of their illness.

Sometimes, when the people we love are sick, we want an explanation or want to assign some sort of meaning to it, but when faced with a scary diagnosis your loved one may not be receptive to your philosophical approach. Comments that include, God has a plan for you, Your illness happened for a reason, or You must have something to learn from this experience, can imply that you think the person is supposed to be sick and that can come across as pretty insensitive.

There are as many ways to be sick as there are people who are sick and just because you know two people with the same diagnosis does not mean that they will be sick in the same ways. Comments along the lines of, I know someone who had your exact same illness and had it so much worse than you and then they fully recovered, just aren’t helpful. Your loved ones need your support and comparing them to others is not supportive.

When someone is going through something difficult it’s natural to want to try to cheer them up by pointing out a silver lining, but unfortunately that strategy can backfire. Comments like, You don’t look sick, It could be worse, and You got the good version of your illness, are dismissive and insulting. People who are sick aren’t able to ignore the impact of their illnesses, and the people in their lives shouldn’t either.

Chances are, if you have a friend who has been diagnosed with an illness, you will want to do whatever you can to help, including offering advice. While your intentions are good, your words might not be appreciated. Saying things like, You should practice gratitude, You shouldn’t use your illness as a crutch, and Maybe you should change your diet and/or exercise routines, are comments that, instead of being helpful, tend to imply that the person is somehow to blame for her illness; if only she would follow your advice she wouldn’t be sick.

So, what can a well-meaning friend or loved one say? Most patients prefer honesty over cliches. Simply stating, “I’m here for you,” goes a long way. And, if you feel flustered, it’s okay to say that you don’t know what to say, but that you would like to help.

This post was inspired by one of our Empowered Patient Chats. You can find the schedule of upcoming chats and join the conversation here. 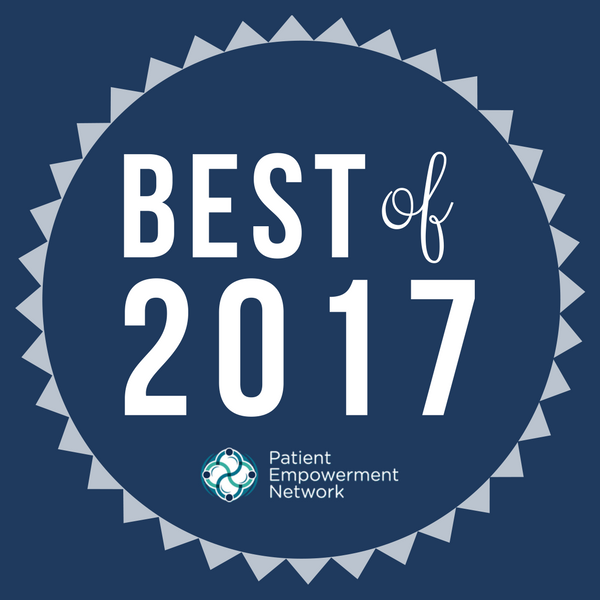 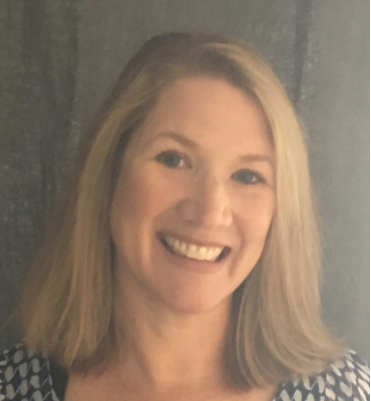