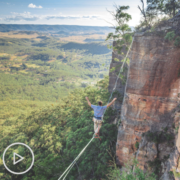 Dr. Daniel Pollyea is Clinical Director of Leukemia Services in the Division of Medical Oncology, Hematologic Malignancies and Blood and Marrow Transplant at University of Colorado Cancer Center. More about this expert.

Dr. Pollyea, let’s start out with the basics. What are the causes of AML?

So, Acute Myeloid Leukemia, it’s a disease, a cancer of the bone marrow.

And it’s the result of an accumulation of mutation and chromosomal abnormalities that affect the DNA of a precursor cell in the bone marrow, otherwise known as a stem cell.

And those abnormalities accumulate until that cell can no longer properly mature, and it also can’t properly die. And so, a cell like that just makes copy after copy after copy of a cell until it crowds out the whole bone marrow with these sorta useless, immature cells.

And the end result of that is the failure of the bone marrow, which causes all of the problems associated with this disease. So, biologically, that’s sort of what happens to make this disease occur.

What are some of the myths that you hear from patients that come in and they say, “Oh, this must’ve caused my AML,” but you have to tell them that’s not so?

Right. So, I mean, this is one of the most frustrating issues for patients and their families after diagnosis. I mean, it’s a rare disease, only about 30,000 cases a year in the United States. And so, trying to associate a rare disease with external or environmental factors is difficult to impossible. So, although there are a variety of exposures that probably contribute to this disease, we have very little understanding of what those exposures typically are or how that all works.

So, there’s a few things that we know pretty well; large doses of radiation, either associated with like industrial accidents like the Chernobyl disaster, or some of the radiation therapies that patients receive for other types of cancer. Other types of chemotherapy that are used to cure other cancers can contribute to this disease in later years.

We know that there are certain precursor conditions that can evolve to AML, so a person with myelodysplastic syndrome, for instance, has a fairly high chance of someday evolving to develop Acute Myeloid Leukemia. But beyond these sort of a few associations, there isn’t a whole lot that’s known or proven.

Now there is radiation associated with X-rays, and some people think that X-rays can cause AML. Is that true?

So, I mean, I think a priori no because millions of people get X-rays every day, and only 30,000 people a year get AML. So, clearly it’s not a simple association between getting an X-ray and developing AML. But I think that there is an unknown interaction between environmental exposures and a person’s individual genetic makeup that makes a person more or less susceptible to developing something like AML with respect to exposure to the environment or X-rays and things.

So, while you cannot say that getting an X-ray will lead to AML, certainly there are some people who are more sensitive to the damage that’s done by something like an X-ray. And so, the best course of action is to be cautious and judicious about your exposure to these things, but not to not get these things when they are medically necessary.

So, that’s the challenging balance.

Here’s something else we’ve heard, that weed killers can be a risk factor for AML. Is that true?

I mean, I think there’s a lot coming out now about weed killers and their association with other types of cancers. Again, I go back to the limitation we have in that in only 30,000 people a year in the United States get AML. Millions of people are exposed to weed killers.

We’re statistically never going to be able to make a clear association. I think that there are certainly some risks for some people. Whether you’re that person who’s more susceptible to developing leukemia or any other cancer because of exposure to a weed killer is impossible to know.

So, like all of these things, I think the advice we have is you have to live your life. You have to do your best to sort of avoid things that you can avoid that you think would be… Or that may cause problems. But not to let those things prevent you from living a normal life.

I know that’s not a satisfying answer, but at the moment that’s the best answer we have.

And, Dr. Pollyea, someone asked if benzene can be a risk factor for AML.

Yeah. So, benzene is one of the sort of rare environmental exposure associations that we do have clear associations with AML.

But the level of benzene that a person would need to be exposed to is really something that hasn’t been seen in this country in a very long time.

We’d be talking about like an industrial accident type exposure in almost all cases, so being exposed to a cleaning solution or some other fairly minor exposure to benzene, we don’t think is enough, in most cases, to prompt this disease. But benzene in very high doses, like an industrial accident, yes, that is something that we understand can certainly contribute or cause AML.

Autoimmune diseases, such as arthritis, can they increase the risk of AML?

Oh, boy. That is a really interesting one. So, there are papers in the literature that do support those associations. And I know in my own practice I certainly see that trend. So, I do think that there is something there. There is a proven association between autoimmune conditions and myelodysplastic syndrome, which I said before can be a clear precursor condition to AML. So, certainly, that is an association that is a possibility.

It can be a little difficult to tease out whether it’s those diseases that are associated with ultimately developing AML, or the treatments that people get for some of those autoimmune diseases. Those treatments can modulate the immune system in certain ways that may, in fact, contribute or drive the disease. So, that’s a difficult thing to tease out.

But in general terms, yes, I think there are some associations. Now not by a long shot everyone with an autoimmune disease gets AML. It’s a teeny, tiny fraction. But I think there is an association there.

Is formaldehyde exposure another risk factor for AML?

Yeah. We think that it is, and kind of along the lines of benzene. But, again, we think that those studies that have shown those types of association show it in very high amounts, amounts that most people in this country would not be exposed to. But I do think, or we do think that there is something to that, to formaldehyde somehow contributing to this.

What’s the difference between a risk factor for AML and a cause of AML?

Yeah. So, I think risk factors by definition are things that may contribute to AML. And a risk factor for AML by that definition could be walking down the street and having some exposure to radiation from the sun. A cause of AML is something that is a much more solid sort of well-understood factor.

Like I said before, having myelodysplastic syndrome, there is a high chance that that can evolve to Acute Myeloid Leukemia. And if that happens then the MDS, the myelodysplastic syndrome, could be considered or would be considered the cause of your AML. So, very, very different in terms of the amount of evidence that goes into making those determination. 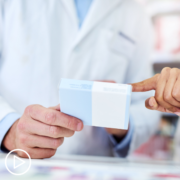 How Will I Know if My AML Treatment is Working? 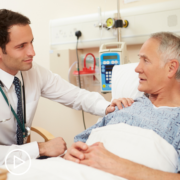 What Could AML Treatment Advances Mean for You? 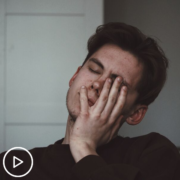 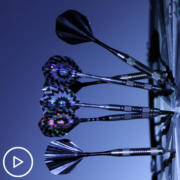 What is Targeted AML Therapy? 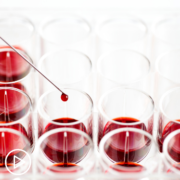