Are you “battling” cancer? Do you know someone who has “lost their fight” with the disease and died?

It seems whenever we hear a story about someone with cancer, war metaphors are never far behind.  Cancer battles must invariably be bravely fought, won, or lost.  Using this metaphor implies that if a patient fights hard enough and/or long enough, he or she will be able to “win the war.” The trouble with using this particular kind of metaphor to describe cancer is it puts the burden of healing on patients by turning them into winners and losers.  As breast cancer blogger, Nancy Stordahl, writes in What Does Beating Cancer Mean Anyway? ”Struggling to live up to some gold standard of what beating cancer means, adds to the already exhausting burden. We need to stop patronizing and judging cancer patients based on misguided battle talk analogies. Cancer isn’t an opponent in some war game you can stomp out by mindset or determination.”

Besides, the battle metaphor takes no account of the sheer randomness of the disease. Using a statistical model that measures the proportion of cancer risk, across many tissue types, scientists from the Johns Hopkins Kimmel Cancer Center published a study in 2015 which concluded that two-thirds of the variation in adult cancer risk across tissues can be explained primarily by “bad luck.” In other words, a major contributing factor to cancer is in fact beyond anyone’s control. For the most part, we don’t know why one person is alive 10 years after the diagnosis of advanced cancer, whereas another dies within months.

By this reasoning, no amount of fighting or battling cancer can affect its outcome.  Commenting on the study, the researchers said, “Many people have found relief in this research. Cancer has a long history of stigmatization. Patients and family members frequently blame themselves, believing there was something they could have done to prevent their or their family member’s cancer. We have heard from many of these families and are pleased that our analysis could bring comfort and even lift the burden of guilt in those who have suffered the physical and emotional consequences of cancer.”

Cancer is a disease; not a military campaign

Cancer is a disease; not a military campaign. In the words of patient and caregiver Jana Buhlman, “it’s a disease that people manage.”  Cancer is a complex disease. Yet there still exists a prevailing attitude to cancer which treats survival as though it were somehow an act of will.  You’ve got to be strong, remain positive and be courageous to overcome the disease.  Clodagh Loughrey, who was diagnosed with breast cancer nine years ago, explains, “I was absolutely petrified at the time, the opposite of strong or courageous, and to be also made to feel guilty for being scared by well-meaning exhortations to be ‘be positive’….people mean well and I didn’t want to sound ungrateful for the support as it is far worse (and easier for them) to avoid people with cancer, and some people did.”

What other diseases or condition do we say this about? “Do we fight a heart attack or a stroke? Are we told in any other illness to “keep fighting”? asks Jo Taylor, Founder of After Breast Cancer Diagnosis.   The fact is cancer doesn’t care how courageous or positive you are. Patients are in remission because treatment eliminated every cancer cell from their bodies, not because the patient fought courageously or was endlessly positive.  As a patient who is currently NED (i.e. no evidence of disease) I didn’t fight any harder than anyone else with this disease. I haven’t “beaten” cancer. I don’t know for sure that cancer will not come back again.

Cancer isn’t a game of winners and losers

I’ve lost count of the number of times I’ve read about patients who are in remission from cancer, having “won their fight” against the disease. Journalists in particular seem incapable of writing about a person who has died from cancer without resorting to the “lost fight” cliché.  Julia Barnickle, who is living with metastatic breast cancer, points out that while she doesn’t like the term personally, “I have no problem with cancer patients using fighting talk. However, I do object to the media using it, especially in the situation where someone is said to have “lost their battle with cancer.” It’s simply a hackneyed way of grabbing attention.”

Does this imply that patients in remission have somehow done more than those who aren’t in remission?  Or that cancer progression or death from cancer is somehow an indication of failure – of not having had the ability to fight and defeat the enemy?  “It seems,” in the words of breast cancer blogger Maureen Kenny, “if you’ve got cancer you’re almost always seen as battling or fighting it, more often than not bravely. We never hear of anyone dying of the disease after a lacklustre, take or it or leave it, weak-willed tussle.”

Cancer shouldn’t be reduced in this way to a game of winners and losers.  Commenting at the time of the death of film critic Roger Ebert, Michael Wosnick, wrote: “The use of the word, “lose” is like a zero-sum game to me: if someone or something loses then that means that someone or something else wins. You can’t have a loser if you don’t have a winner. We should not so easily give cancer that kind of power over us.”

If someone has lifelong hypertension and dies from a heart attack, do we say in the obituary that they lost their battle with high blood pressure? Then why do so many deaths from cancer get reported this way? While it’s not quite “blaming the victim”, it does have an implicit element of somehow placing the ultimate responsibility for having died in the hands of the deceased.

Oncologist, Dr Don Dizon, tells a story about taking care of a young patient with ovarian cancer during his first year as an attending physician at Memorial Sloan Kettering Cancer Center. The patient had just relapsed from first-line treatment and in his discussion with her about the next steps, Dr. Dizon explains that, “despite the failure of first-line treatment, there are many more options for you.”

The doctor was stunned by the patient’s tearful reaction to his words: “You make it sound like this was my fault, like I did something wrong!” she said. “I’m sorry I failed chemotherapy, if that’s what you think, and I’m sorry I disappointed you.”

It’s a lesson Dr. Dizon has never forgotten, as he describes in his own words: “It was never my intention to place ‘blame’ on something so devastating as a cancer recurrence, and I certainly did not mean to imply that she had failed. These many years later, I still consider this encounter a watershed moment in my career as an oncologist.”

The “battle with cancer” may be “only a metaphor” but it stands for a quite destructive attitude that, to the extent it influences doctors as well, distorts the treatment of cancer too.  In a JAMA Oncology article, the authors discuss how “the continuous urge to win the battle extends to oncologists, who actively treat patients for too long. The fact is that 8% of patients receive chemotherapy within 2 weeks of dying of cancer, and 62% within 2 months. Late chemotherapy is associated with decreased use of hospice, greater use of emergency interventions (including resuscitation), and increased risk of dying in an intensive care unit vs at home. This all clearly reflects our society’s need to battle until the end.”

Embracing a fighting spirit can work for some patients

This isn’t to deny that some cancer patients embrace a fighting spirit as a way that helps them feel more in control.  Cancer survivor, nurse and educator, Beth Thompson describes how “identifying as a shorn ‘warrior’ psyched me up for and pushed me through treatment.”  Sara Turle, a 9-year survivor of cancer, also found resonance in the metaphor. “For me I was never battling cancer: it’s a disease, but I was definitely battling how I managed diagnosis and particularly getting through the side effects of treatments,” she explains. “It helped me to look at each stage and at times each day and even hour, at worst points, with a view of getting through, surviving and celebrating with just a simple acknowledgement. It truly helped me feeling that achievement and it helped with knowing that I was going to have to face it again.”

Professor Elena Semino and her colleagues have been studying the use of metaphors in the way we talk about cancer since 2012. As part of their research they have analysed 1.5 million words taken from interviews and online forum discussions involving cancer patients, family carers and health professionals. The team found that the type of metaphors people chose to use when describing their cancer reflected and affected how they viewed and experienced their illness. “For some patients, some of the time, the idea of being engaged in a fight is motivating,” explained Sermino. “Some people say with pride that “I’m such a fighter”, and they find a sense of meaning and purpose and identity in that. The study showed that we are all different, and different metaphors work for different people, and at different times.”

I agree. I’m not criticizing individuals who draw strength from calling themselves fighters.  Everyone is entitled to use whatever language they want to describe their own experiences. As Sara says, “My belief is that the right language is what is right for the individual person and I would hate to think that people who do find this language helps, feel that they can’t openly use for fear of what others may think. Whatever language gets you through is the right language for me. I am very mindful of when speaking to people now to be sensitive to the language they are happy with and these discussions of differing views have helped me with this.”  Beth agrees and asks, “Can we educate while still leaving room for what works for the individual experience of cancer?”

If you believe, as many patients do, that the words we use to describe cancer matter, how then should we begin to conceptualize it? Stephanie Sliekers asks a similar question in this HuffPost article, “If cancer really is the ‘enemy’, what’s the best way to beat it?” Her answer? “By studying and understanding it as it is, a disease borne out of human blood, tissues and genes, a disease that lives within us whether it is treatable or fatal.”

Perhaps, rather than speaking of cancer in militaristic terms, it’s better to communicate that we are “living with cancer” for as long and as well as we can. And when a person dies, let’s not say he/she has lost anything, but rather that person has died after living with cancer for a period of time.

Words matter a great deal in life, death, and everything that comes in-between. To quote Dr Dizon “Words are powerful and despite our best intentions, can hurt—this is true in life, and it is true in oncology.” 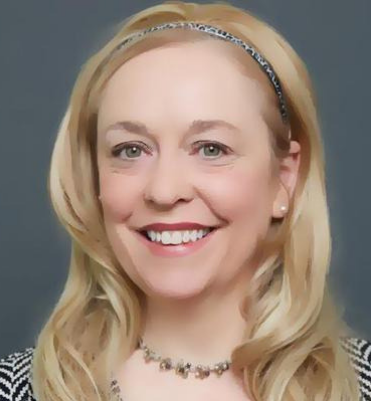 A Stanford Medicine X e-Patient scholar, Marie Ennis O’Connor is an internationally recognized keynote speaker, writer, and consultant on global trends in patient engagement, digital health and participatory medicine. A board member of the Patient Empowerment Foundation, a network of people, foundations, organizations and medical institutions dedicated to empowering patients worldwide, Marie’s work is informed by her passion for embedding the patient voice at the heart of healthcare values. She writes about the experience of transitioning from breast cancer patient to advocate on her award-winning blog Journeying Beyond Breast Cancer.