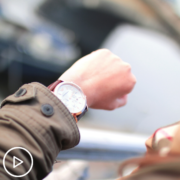 Not to Worry! Your Guide to Watch and Wait from Patient Empowerment Network on Vimeo.

Watch and wait, or active surveillance, often feels like watch and worry to CLL patients. Dr. Brian Hill provides a comprehensive guide to the period of time before CLL treatment begins and shares approaches for managing anxiety.

Dr. Brian Hill is the Director of the Lymphoid Malignancies Program at Cleveland Clinic. More about this expert.

See More From the Path to CLL Empowerment

So, watch and wait is the term that’s referred to for not actively treating a patient with CLL after the diagnosis. As many people probably out there watching know, the diagnosis of CLL is often made incidentally or accidentally through routine laboratory tests that are done for some other reason.

Maybe they are going to have surgery. Or maybe they are going to have just a primary care checkup. And blood count shows too many white blood cells. And everything else is fine. The patient feels normal. There’s no symptom. But it leads to a referral usually to a hematologist who then does more testing and makes a diagnosis of chronic lymphocytic leukemia. The word leukemia is very scary because it often conjures up images of acute leukemia which is a disease that can make people very sick very quickly.

And have an early detection and immediate treatment to cure the breast cancer. Similarly, colon cancer – get your colonoscopy, get your diagnosis sooner rather than later. And have surgery so you can have a higher likelihood of a cure. In the case of chronic lymphocytic leukemia, it’s never been shown despite multiple attempts over many decades, that treating someone with CLL is – earlier, is going to impact the outcomes and the big picture. But we do know that treating CLL earlier can lead to more side effects earlier.

So, in other words, if you feel fine and your blood counts are just a little abnormal, and there’s not compelling indication to treat, we can safely observe patients until an indication for treatment exists. And what I tell patients is that if we treat today, the treatment will work.

Again, their diagnosis has the word leukemia in it. It can be a very scary time. And it takes a little bit of trust to be convinced that you don’t need to be treated just because you have it. And that’s often times when we do get second opinions if the first hematologist/oncologist says it’s okay to watch it and wait. We don’t need to treat. A lot of the time people then seek another opinion to confirm that’s accurate. And in most cases – I would say 90% of the time when I’ve had a second opinion for a patient who’s been recommended to watch and wait, I typically concur with that recommendation.

So, during watchful waiting or – I like to call it active surveillance because it’s not that we aren’t doing anything, we are surveilling or monitoring. And the two things that we monitor are symptoms and blood counts. So, it sort of begs the question that many people ask which is, “If you are not going to treat me now, when will you treat me? When will I need to be treated?” And the first indication – the first thing we look at is symptoms. So, if you have symptoms of significant fatigue to the point where you are really having a difficult time functioning.

Or if you have drenching night sweats that wake you up from night and make you change your nightclothes. Those type of symptoms would push us to treat. So, those are the things that are being asked of patients at their regular follow up which is usually every two or three months initially.

And sometimes can be spaced out to every four to six months if things are stable. But usually during the first year you want to be checking on folks every two to three months. Weight loss would be another symptom to look out for – sort of unintentional weight loss. The other thing we monitor is the blood counts. So, with a simple CBC or complete blood count, we can see what is happening with the white blood cell count which may and often goes up.

But with time, as the white blood cell count goes up, we sometimes see the other numbers going down. And actually, the other numbers going down are the ones that are more important. Those numbers are – the red blood cell count measurement which is usually measured by hemoglobin concentration or hematocrit. And then the other is the platelet number. So, if either the hemoglobin or the platelet number gets below threshold, those are typically indications for treatment.

So, during this period of observation or active surveillance – watchful waiting, whatever term you choose. This can go on for years.

And it can be associated with anxiety. So, trying to do things to cope with managing anxiety is important. Other things that many people are interested in are – is diet. So, do we know of a particular food or food group that we should focus on? Or is there something we should avoid? And the short answer to that is that many – it’s a difficult topic to study. As you might imagine, diet can be so varied around people. And in a typical week the average person eats so many different types of foods that it’s difficult to focus in on one particular thing.

What we can say is that in general for health, clearly fresh fruits and vegetables are the best source of nutrition. And also, are best for your health.

Avoiding processed foods and processed meats and other foods that are high in saturated fats is probably important in general for your health. Although we can’t say specifically that it’s definitely going to make an impact in the white blood cell count or the trajectory of the CLL. In terms of supplements and natural products, many people are interested in this topic. And again, it is a difficult one to study. Some of the natural products out there are purified forms of things from plants and other ingestible herbs and so forth.

But the problem is, is that if you take any component – even if it’s natural occurring, take it in large quantities it can lead to other problems. There was a well-known study from – that studied the impact of green tea extract on the white blood cell count.

And if you took large quantities of green tea extract, it seemed as if it did sort of lower the white blood cell count a little bit. But some people also had abnormalities of their liver function as a result. So, I don’t recommend green tea extract. And I instead say, “If you like tea and you want to drink green tea, I think that’s probably fine.” But I wouldn’t do it in excess. And just maybe try to incorporate it into a balance diet otherwise. 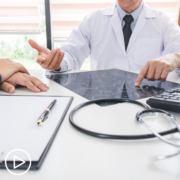 How Can I Tell if My CLL Treatment is Effective? 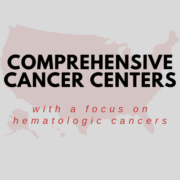 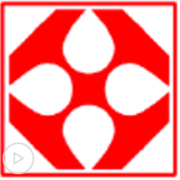 How Can The CLL Society Help You? 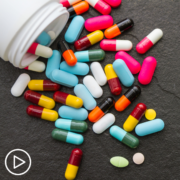 How Can You Access the Latest CLL Treatment Options? 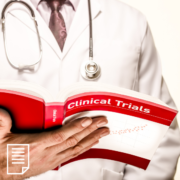 Clinical Trials As a CLL Treatment Option: What You Should Know Guide