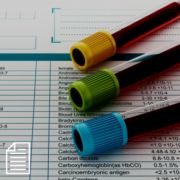 Cancer, the abnormal growth of cells that multiply aggressively, has become one of the most prevalent diseases in today’s time. Diagnosis marks one of the most challenging periods in a person’s life. Although curable at early stages, the malignancy itself and the side-effects of treatment change the sufferer’s life at a significant scale.

Lymphocytes represent a major component of the body’s immune system. There are two types of lymphocytes, T lymphocytes and B lymphocytes, and both are crucial for fighting pathogens. When the B lymphocytes respond to a foreign body, they mature into plasma cells and memory cells. The plasma cell is responsible for making immunoglobulins, also known as antibodies, specific to that particular pathogen. These antibodies are the most important precursors in the defense mechanism of the body.

Multiple Myeloma is a type of cancer that seeds itself in these plasma cells that comprise the body’s major immune component. Plasma cells are the prime fighters against foreign organisms such as bacteria, virus, and fungi. Their tendency to engulf the opponent malfunctions and thus the immunity gets badly affected in Multiple Myeloma.

The studies show that Multiple Myeloma is more common in Africa than any other part of the world. The rationale behind this etiology is unclear but it might be a result of being deprived of health-building resources.

Multiple Myeloma usually presents as destructive plasma cell tumors (plasmacytomas) involving the axial skeleton. The bones most commonly affected (in descending order of frequency) are the vertebral column, ribs, skull, pelvis, femur, clavicle, and scapula. Lesions begin in the medullary cavity of the bone, erode cancellous bone, and progressively destroy the bony cortex, often leading to pathologic fractures; these are most common in the vertebral column but may occur in any affected bone. The bone lesions appear radiographically as punched-out defects, usually 1 to 4 cm in diameter, and consist of soft, gelatinous, red tumor masses. Less commonly, bone disease produces diffuse demineralization (osteopenia) rather than focal defects.

In advanced disease, plasma cell infiltrates may be present in the spleen, liver, kidneys, lungs, lymph nodes, and other soft tissues. Commonly, the high level of M proteins causes red cells in peripheral blood smears to stick to one another in linear arrays, a finding referred to as rouleaux formation. Rouleaux formation is characteristic but not specific, as it may be seen in other conditions in which lg levels are elevated, such as lupus erythematosus and early HIV infection. Rarely, tumor cells flood the peripheral blood, giving rise to plasma cell leukemia.

Bence Jones proteins are excreted in the kidney and contribute to a form of the renal disease called myeloma kidney.

Although the cause of multiple myeloma is not known, certain risk factors can contribute to it.

Toxic, cancer-causing chemicals include benzene-infused products, products that contain sulfates and parabens, fire retardants, dioxins, polychlorinated biphenyls (PCBs) and polybrominated diphenyl ethers (PBDEs). These all are said to be the highest cancer-causing agents. Out of all the chemicals, the ones containing chlorine are the ones that rank first in the production of cancer. Research has demonstrated the relationship between Multiple Myeloma and occupational exposure to six chlorinated solvents: 1,1,1-trichloroethane (TCA), trichloroethylene (TCE), methylene chloride (DCM), perchloroethylene (PCE), carbon tetrachloride, and chloroform, respectively. The occupational solvents here refer to those used in industries and factories.

The study concluded that among all six chlorinated agents, TCA showed the most elevated levels in leading to Multiple Myeloma.

Workers at hospitals or diagnostic institutes are at higher risk of Multiple Myeloma. The radiation emitted is so powerful that it can surpass the skin, tissues, and muscles and can penetrate the bones to enter the bone marrow. A cohort study done in Mayak concluded that radiation emission greater than 1 Gy has significantly produced a higher risk of Lymphoma, Leukemia and Multiple Myeloma.

Certain viruses have a correlation with Multiple Myeloma however, their association is still unknown. The viruses include:

Simian Virus 40: This is one of the most intense polyomaviruses. It induces primary brain and bone cancers. It’s oncogenic (cancer-causing) property makes it the major culprit in causing multiple myeloma.

Several herpes viruses: A study was conducted to evaluate the role of human herpesvirus 8 in the pathogenesis of multiple myeloma. Patients with Multiple Myeloma were selected, and their samples of blood were drawn and sent to the lab for testing. The study concluded that the majority of the patients with Multiple Myeloma showed the evidence of human herpesvirus 8 in their blood samples.

Apart from the above viruses, first degree relatives of patients with Multiple Myeloma may develop MGUS (monoclonal gammopathy of undetermined significance). Hepatic viruses and HIV have also proven to be linked to Multiple Myeloma.

Patients aged 40 to 60 are at a higher risk to develop Multiple Myeloma.

Multiple Myeloma inflicts men more often than women. The cause is still unknown, but it could be due to hormonal differences. The male to female ratio is approximately 1.54 to 1.

The role of obesity in contributing to Multiple Myeloma is unclear, but it might be due to insulin resistance and improper functioning of the hormones.

African-Americans are twice as likely to have Multiple Myeloma than other races.

The clinical manifestations of Multiple Myeloma are due to malignant cells invading bone marrow, excess antibodies with abnormal properties being produced, and immune suppression.

Bone erosion by expanding marrow increases the susceptibility to pathological fractures. The dissolution of cortex increases the level of calcium in the blood leading to hypercalcemia, thus the neurological manifestations set in — such as confusion, weakness, lethargy, and constipation. Excess calcium reaching the glomerular membrane in the kidneys contribute to renal dysfunction. The renal impairment is already present in 20% of cases at the time of Multiple Myeloma diagnosis.

Decreased and defective production of immunoglobulins makes the person vulnerable to serious bacterial infections. The excess immunoglobulins are directly damaging to renal tubules thus producing proteinuria. The light chains of immunoglobulins secreted by the kidneys in Multiple Myeloma are called Bence Jones proteins.

Signs and symptoms of Multiple Myeloma

The signs and symptoms of Multiple Myeloma vary with the severity of the disease. Factors include:

The calcium from the bones dissolves into the bloodstream producing hypercalcemia and increased plasma osmolality which is sensed by the thirst center in the brain. This creates the paradox of increased thirst and polyuria to excrete excess calcium reaching the renal tubules.

The defective immune response of plasma cells decreases the humoral immunity in the body making the person susceptible to infections. The usual symptom is recurrent infections with common pathogenic organisms that are easily tackled by a healthy immune system.

Cancer cells have a high proliferation index and need excess energy and nutrition to thrive. They release mediators that ramp up the catabolic processes in the body, producing a cachexic state. This, combined with the loss of appetite and a general increase in nutritional demands to fight infections, escalates the weight loss.

The osteolytic activity in the bones makes them soft, brittle, and tender. Bone pain is mostly associated with the back and ribs because of increased marrow activity at these sites. Pathological fractures (bone fractures without a history of fall) occurs in long bones due to widespread osteopenia. Patients also complain of mobility issues secondary to bone weakness at joint site.

Other non-specific symptoms of Multiple Myeloma include:

As with other diseases, the investigations for Multiple Myeloma start with baseline tests and move toward more specific tools.

On the first suspicion of Multiple Myeloma, the physician may order the following blood investigations:

For skeletal changes, radiography studies are required to see the extent of disease, presence of bone deformities (osteopenia, fractures, etc), response to treatment, and prognosis of the disease. These are:

There a several different treatment options for Multiple Myeloma.

Targeted therapy specifically targets malignant Multiple Myeloma cells and blocks their uncontrolled proliferation. Bortezomib (Velcade), carfilzomib (Kyprolis) and ixazomib (Ninlaro) are a few targeted drugs that block the synthesis of proteins in myeloma cells, halting their cell cycle. The targeted therapy has little to no side effects as it is only directed to malignant cells. Some monoclonal antibodies are also available that bind to specific receptors on myeloma cells and kill them.

The use of anti-cancer drugs either intravenously or orally to kill the cancerous cells is the mainstay of chemotherapy. The chemotherapeutic drugs affect all the cells in the body which culminates in their widespread side-effects. The drugs that are beneficial in Multiple Myeloma include cyclophosphamide, doxorubicin, melphalan, etoposide, cisplatin, and carmustine. Multiple combinations of drugs are used and their dose is repeated three times weekly to prevent toxicity and get optimal response. Prior to stem cell transplantation, a high-dose chemotherapy regimen is advised.

High energy ionizing radiations are not therapeutic for Multiple Myeloma but can be used to provide palliative care, for example, the relief of bone pain associated with this disease. In some circumstances, the plasma cell tumor may be localized (called plasmacytoma) for which radiotherapy can be curative.

Corticosteroids are well-known for their anti-inflammatory role in the body. They block the synthesis of inflammatory mediators that are responsible for the normal functioning of the immune system and antibody production. Corticosteroids such as prednisone and dexamethasone are the mainstay of treatment in Multiple Myeloma. Common side effects of corticosteroid therapy include gastric ulcers, osteoporosis, myalgias, hyperglycemia, and insomnia.

Multiple myeloma in the marrow: pathogenesis and treatments

The diagnosis and treatment of multiple myeloma

The clinical picture of multiple myeloma

Do you consider the content on Patient Empowerment Network to be helpful? Consider donating to help us grow our programs and continue publishing valuable content to empower patients.