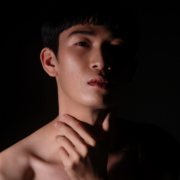 Heavy exposure to tobacco and heavy use of alcohol are well documented as major risk factors for head and neck cancer. In addition, patients cured of HNSCC have an approximately 10 percent risk of developing second primary cancers of the head and neck at five years after treatment. Individuals with a premalignant lesion in the mouth known as dysplastic oral leukoplakia have an almost 30 percent risk of oral cancer at ten years after treatment. Individuals with the following diseases and syndromes are at increased risk for head and neck cancer: Fanconi anemia, a rare, inherited disease in which the bone marrow fails to function properly; Li-Fraumeni syndrome, a rare, inherited disorder that greatly increases the risk of developing several types of cancer; and Plummer-Vinson syndrome, a disorder characterized by long-term iron deficiency anemia, which causes swallowing difficulty.

Currently, there are no screening methods that have been proven to increase survival rates for HNSCC. A screening physical examination of the neck, oropharynx (the middle section of the throat that includes the soft palate, the base of the tongue, and the tonsils), and the mouth has been widely adopted as part of a routine dental examination. However, there is no evidence that this intervention reduces mortality from oral cancer. It is likely that in the coming decades this routine screening will allow earlier identification of oral cancer, when it is in a less advanced form, but this has yet to be proven in clinical studies.

At Memorial Sloan Kettering Cancer Center, we offer yearly free head and neck screenings in the spring to anyone in the community. These screenings provide an opportunity to educate interested patients on awareness of oral cancer and its risk factors.

There are no HNSCC screening guidelines from the American Cancer Society, the National Comprehensive Cancer Network (NCCN), or the National Cancer Institute. And, at present, there are no known tests of blood or saliva proven to be effective for detection of HNSCC.

Our Head and Neck Screening Guidelines

Our Screening Guidelines for High-Risk Patients

For high-risk patients cured of HNSCC, our doctors use the NCCN’s follow-up guidelines outlined below to look for both recurrence of the initial cancer and second primary cancer formation.

If an individual has received radiation treatment of the thyroid, then a TSH thyroid function test should be performed annually.

For high-risk patients with surgically unremovable or recurrent dysplastic oral leukoplakia, our doctors recommend observation on the same schedule as above and biopsies for suspicious changes in the lesions. These patients are also sometimes eligible to be enrolled in prospective clinical trials in head and neck cancer prevention at Memorial Sloan Kettering.