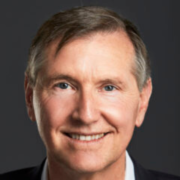 This video was published by the Prostate Cancer Research Institute on June 25, 2019 here.

In the video today we want to cover how to minimize side effects from chemotherapy. Fortunately, chemotherapy is not often required with prostate cancer; hormonal therapy is very effective. We reserve chemotherapy for more advanced situations. Usually, men that have some sort of metastatic disease. We’re covering this particular section in Indigo, that is men that have enlarged lymph nodes. In particular, in High-Indigo studies are now showing that a short course of chemotherapy can improve cure rates and improve survival.

People enter into giving chemotherapy with more trepidation. Everyone hears that word and you think side effects: Hair loss, nausea, fatigue, and these are certainly issues. Fortunately, there are a number of measures that can be implemented that will reduce those side effects, and that’s what we want to cover in this video. We’ll be taking the various side effects one-by-one. In some cases, there isn’t a lot you can do, and in other cases, you can make a big difference.

So let’s jump in first and talk about the side effect of fatigue. This can already be an issue in men that are on hormonal therapy and adding chemotherapy such as Taxotere can make it worse. Over and over we stress when men are on hormone therapy that they should be exercising. This same fact is true for men on any kind of chemotherapy, and it also goes for radiation as well. The men who exercise and stay strong are going to do much better and have much less fatigue. So consider that a non-negotiable reality, although men on chemotherapy may be so tired they may feel that they’re incapable of exercising. If that’s the case, then men should simply go through the motions. Move their body around even without the weights. Continue to remain active and mobile. This will help people get through the fatigue that’s caused from treatment.

When we’re talking about reducing side effects there are a number of different ideas regarding reducing the dosing of the medicine, the frequency of the medicine, and I’ll just share a few thoughts along those lines. Taxotere, the most commonly used type of chemotherapy is given every three weeks. It is possible to give a smaller dose on a weekly basis, and studies show that the side effects are reduced. Of course, that’s greater inconvenience, more doctor visits, but the weekly dosing regimen is milder, so that’s one consideration. Another possible alteration is to reduce the number of cycles. We frequently ascribe to the standard study results would suggest that six cycles is optimal for getting the maximum benefit from giving Taxotere; however, most of the side effects occur in the fourth and fifth cycle, and probably most of the benefit occurs in the first four cycles. So men that are contemplating this type of treatment but want to try and minimize side effects can consider going with only four cycles rather than six. This is a bit unorthodox and perhaps the cure rates won’t be quite as good, but it certainly will cut back on side effects.

So what other things can be done to combat fatigue? Well, many doctors use daily cortisone with prednisone in conjunction with the Taxotere. That has some benefit. It also has some potential additional side effects. Many doctors consider that sort of standard. We don’t in our practice, but men that are having excess fatigue, the addition of some prednisone five-ten milligrams a day may be helpful.

Another thing to consider is a medicine that’s approved for the treatment of narcolepsy. It’s called modafinil or Provigil. It’s sort of an upper type medicine that may help counteract fatigue in a dose from 100-200 milligrams a day.

Another idea is to consider switching Taxotere to another type of chemotherapy called Jevtana (or cabazitaxel). Studies aren’t clear on this but in my own experience and the experience of other experts, it seems like Jevtana has fewer side effects than Taxotere. So men that are running into excess fatigue or other problems with Taxotere can consider switching over to Jevtana. The medicine is given a similar three-week type protocol just like Taxotere.

So fatigue is sort of the big issue with Taxotere. In the old days, we used to be worried about nausea, which is common with all types of chemotherapy, it turns out that modern anti-nausea medicines are incredibly efficacious now. Medicines such as Zofran—an oral agent or can be given intravenously at the time of the chemotherapy administration—usually eliminate nausea altogether. There are other new agents that can be used as a backup if the Zofran is not doing the job, and so these days, although nausea used to be a very prominent issue, we don’t encounter it much anymore.

What about hair loss? Hair loss is occurring in up to 50% of people that take these agents, Taxotere or Jevtana, and the hair loss is reversible but hair loss can be very bothersome cosmetically to people and there are new ice caps that can be worn during treatment. They aren’t FDA approved yet and so it may involve a significant out-of-pocket expense. The ice caps are applied an hour or two before the chemotherapy and because of the cold blood flow is shunted away from the scalp and hair loss, therefore, is avoided.

So hair loss, fatigue, nausea and vomiting, these historically have been the big problems with any kind of chemotherapy. There’s a list of some other issues we’ll quickly and shortly address because they’re mostly correctable.

Low blood counts from chemotherapy which can place people at risk for infection can now be counteracted with an injectable medicine called Neulasta or neupogen. Our policy is to give this type of medicine in everyone who gets chemotherapy. You might want to discuss this with your doctor because some centers wait until people get a serious infection before they initiate these medications. So policies vary from office to office, but waiting around for an infection to develop seems like a rather poor plan and my recommendation would be to talk to your doctors and ask them to administer these prophylactics at the time of chemotherapy.

Chemotherapy can cause an effect on the taste buds and making food taste bad or metallic. If people keep some ice in their mouth during the infusion and for about an hour after the chemotherapy infusion, the blood, again, is shunted away from that part of the body and the incidence of problems with the taste buds is dramatically reduced.

The same thing can be said for preserving fingernails. Especially with the weekly administration of Taxotere, damage to the fingernail growth can occur. The placement of the fingers on some ice—some blue ice for example—during the Taxotere infusion and shortly thereafter shunting blood away from that area and thus the exposure of the fingernails to the Taxotere in the blood will reduce the incidence of fingernail damage and in our experience eliminate the risk altogether.

Last but not least, and this is a more common side effect with the weekly Taxotere, and that is that the Taxotere can get into the tears and then irritate the lining of the tear ducts. In serious cases the irritation becomes bad enough it can cause some scarring or closure of the tear ducts. This is a situation patients will complain and say the tears are coming out of my eyes, obviously the tears aren’t draining through the tear ducts anymore. This is a sign that you need to visit the eye doctor and they can place a small little tube in the tear ducts, open it up again, and the drainage—normal drainage—will ensue. The problem is that if you don’t do that the scarring theoretically can become permanent. So anyone on Taxotere that starts to notice increased tearing should visit the eye doctor and have their tear ducts checked out so that a stent can be placed which can be later removed after the Taxotere treatments are over.

So the use of Taxotere or its backup Jevtana is becoming more common now that studies are coming out showing that there’s a survival advantage for men in the Indigo stage who have pelvic lymph node involvement. Better cure rates, better survival all justify implementing a medicine that does have some downsides, some side effects, but if these side effects are handled wisely many of them can be bypassed or at least minimized and made tolerable so that people can get through their protocol and get on with their lives.