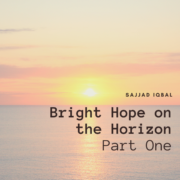 Let’s be realistic. There is never a good time to have cancer.

Even today, caution and years of fighting to beat the odds against surviving this insidious enemy have made it an almost certainty that no doctor will ever promise that the cancer will never return.

You will learn, in the good times, to say, “I’m cancer-free,” or “My cancer is in remission.” And you will hope the remission is permanent, but you will keep that to yourself.

Very few people have been lucky enough to escape being touched in some way by cancer. They have a friend or a brother or a mother who died, they have an uncle who is in serious condition, or they know the nice woman down the street who was just diagnosed.

I’m happy to be where I am today—a survivor for many years. I’m gratified that people come to me for answers about what to do.

Now, today, this is what I can tell them.

Medical science is advancing at a break-neck speed. New and exciting discoveries are being made each & every day. We now have a broad and ever-expanding range of targeted therapies. Then there is this whole new field of immunotherapy that has improved the prognosis for so many cancer patients.

Today, we can look back on how we treated cancer as recently as the 1990s and equate it with the Dark Ages—a time when very little was really understood. By comparison to what we know today, treatments thought to be cutting edge in the 1970s and 1980s seem downright primitive.

In the 1960s and 1970s, for example, doctors treated cancer in a one-size-fits-all manner. There were only a handful of cancer killing chemotherapy drugs that were used to treat every form of cancer in a “one size fits all” thinking—and, of course, with horrible & debilitating side effects. More often than not, a cancer diagnosis was a death sentence.

But that was missing the point as well.

Over time, doctors began to realize that it didn’t matter where the cancer began. They saw that each cancer had its own particular histology and its own unique behavior.

My cancer is a classic example. It started in the parotid gland but, under the microscope, looked just like the ductal carcinoma of the breast. The fact that it originated from the parotid gland, not the breast, is rather irrelevant. It is basically the same cancer and should be treated the same way. And later, when it spread to the lungs or the bones, it was still the same parotid cancer, not a lung cancer or a bone cancer. It just happened to relocate there.

My cancer had a life of its own. It was unique. It did not matter where it started from or where it migrated.

Once doctors began to see that, researchers were at the dawn of the new concept of targeted therapies. Each cancer was unique to each patient. The treatment should be individualized, targeted, against that particular cancer based on its unique characteristics, behavior, and vulnerabilities. One size does not fit all. 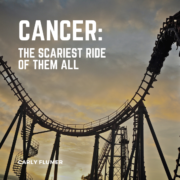 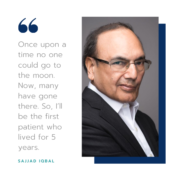 The DisCONNECT OF CANCER