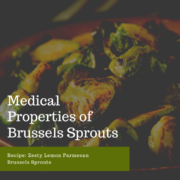 Brussels sprouts, also known as Brussel sprouts, are named after the city in Belgium. Historians believe that they were first grown there in the 16th century and then were introduced to North America by French settlers in Louisiana in the 18th century. Though the flavor of Brussels sprouts is disliked by some – most likely due to a bitter flavor from overcooking – they have a nutty sweet flavor when roasted. With their resemblance to cabbages, Brussels sprouts are also referred to as mini cabbages and remain a favorite among top chefs like Jacques Pepin and many others.

Brussels sprouts are rich in several important nutrients for the body including folate, vitamin C, vitamin K, and the carotenoids of beta-carotene, lutein, and zeaxanthin. They are also very good sources of manganese, vitamin B6, dietary fiber, choline, copper, vitamin B1, potassium, phosphorus, and omega-3 fatty acids. Brussels sprouts belong to the cruciferous vegetable family that includes broccoli, cauliflower, collard greens, kale, and cabbage. The processes of cooking and digestion break down to a phytochemical called isothiocyanate that researchers have discovered to have anti-cancer effects in fighting against DNA damage and against growth within tumor cells. Medical experts tout Brussels sprouts for their role in helping with bone and skin health, lowering cholesterol, balancing hormone levels, improving digestion, reducing oxidative stress, decreasing the risk of obesity and diabetes, protecting the heart, reducing inflammation, aiding the immune system, and increasing circulation. Though Brussels sprouts may help fight cancer, experts recommend limiting dietary intake to once a week and to rotate other vegetables into your diet as well.

Brussels sprouts are packed with vitamin C, and one serving of them delivers four times more than an orange. Researchers have found that Brussels sprouts contain Indole-3-carbinol that is a libido booster in men but can have the opposite effect in women. Shoppers can sometimes find Brussels sprouts at grocery stores and farmers markets attached to the stalks that they grow on. Keeping the sprouts on their stalks helps to retain moisture and to nourish the sprouts after harvesting. 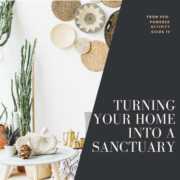 Turning Your Home Into a Sanctuary 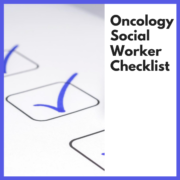 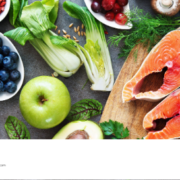 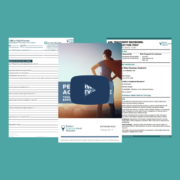 The Value of PEN – Free Resources For Cancer Patients 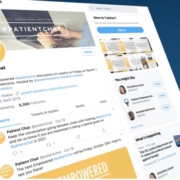 The Value of PEN: Community and Connection