Key Signs That It’s Time to Treat Your CLL from Patient Empowerment Network on Vimeo.

Dr. Rogers, let’s just get a brief overview of CLL and how it progresses.

So, I’m sure everyone already knows that chronic lymphocytic leukemia is a chronic blood cancer of a cell called the B lymphocyte, and with the frequency that people are getting blood tests these days in the United States, the most common way that I see people diagnosed with this at this time is actually just having an increased white blood cell count when they went to get routine blood counts.

So, it seems like the majority of people being diagnosed are diagnosed at a time when they’re not actually having symptoms from the disease, and maybe everyone already knows or not, but the way that’s managed is that the disease is actually just monitored until some sort of what I like to call “problem” from it develops.

So, I’ll go over what the problems are that can come along as the CLL progresses, but it’s important to realize that there’s many people alive and living with CLL doing very well and not having any problems from the disease yet, and I’ve seen a couple people that have had this disease longer than I’ve been a doctor, and one person that almost had this longer than I’ve been alive with no problems from it.

So, developing something from CLL that’s gonna need treatment is not universal. So, as the – for the majority of people, though, CLL – over its natural history – will go on to progress to cause what I like to refer to as “problems” from it. Some people call them “treatment indications.”

So, when problems are developing is about the time you consider treatment before you get really sick from it, and there’s a couple main ways that the CLL can cause problems. One is that the CLL can build up in the places where those cells live, which is the lymph nodes, so people can get really big lymph nodes in their neck, in their groin area, sometimes inside the body, causing problems. And, lots of people have small lymph nodes that aren’t causing problems, and that’s okay, but if they become really big or problematic, then it’s time to do something about them.

The cells can also build up in the bone marrow, so the bone marrow produces all your healthy, normal blood cells that go into the blood and have a lifecycle in the blood. So, if your bone marrow fills up with CLL cells, then you can’t produce the regular, healthy blood cells, and it’s time to do something about the CLL.

Sometimes, the white count can get really high, and that’s not always a reason to do something, but most people do see – over the natural history or course of having CLL – their white blood cell count and lymphocyte count increases, and there’s not actually a firm number where you say, “Boy, you hit X number, it’s time to treat this,” but if the count is increasing rapidly, then usually, you want to treat this before it increases so much that you develop an issue from that. And then, the last category of things that happen with CLL that’s a problem from it are what we call constitutional symptoms.

So, this can be fatigue that’s limiting your activities, like I took care of someone that was too tired to get the mail from his porch due to CLL. He’s doing great now, but that would be a problem. Sometimes drenching night sweats or an extreme weight loss – and, I’m not talking about people that do Atkins diet lose weight, I’m talking about people that are eating everything and losing weight just because of the CLL.

And, the reason this happens that – CLL is a cancer of B lymphocytes, which are immune system cells, so they can release some of the same chemical mediators that your immune system releases for an infection, and that’s what causes some of those symptoms. But, the main things that progress over the course of having CLL are increasing lymph nodes, lowering of your healthy blood counts due to increasing CLL in the bone marrow, the white count can go up rapidly, or people can develop really problematic constitutional symptoms from it. 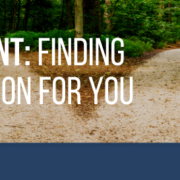 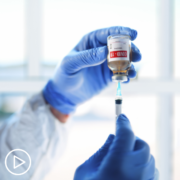 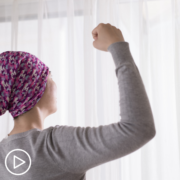 How Can CLL Patients Be Active in Their Care Decisions?

Overwhelmed By a CLL Diagnosis? Key Steps to Take 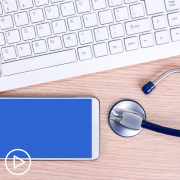 MPN Patient Shares Advice for Making the Most of Telemedicine Visit 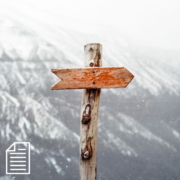 Fact or Fiction? CLL Treatment and Side Effects Resource Guide