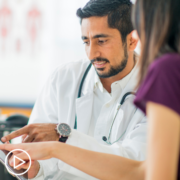 An Overview of Current CLL Treatment Approaches from Patient Empowerment Network on Vimeo.

To help patients understand more about the types of treatment currently available, let’s review the treatment classes and discuss how they work to fight CLL.

Well, and let’s start with chemo. Some patients are probably familiar with the term FCR. What does that stand for, and how does work?

Sure. FCR is a name for three chemotherapies that are combined together.

So, this is fludarabine, cyclophosphamide which are two cytotoxic chemotherapies combined with the monoclonal anti-CD20 antibody rituximab (Rituxan), so two traditional chemos plus an immunotherapy called rituximab that have worked together synergistically and have been quite effective over a prolonged people of time for treating patients with CLL. FCR was originally developed at MD Anderson.

But a very important CLL trial called CLL8 confirmed that FC plus rituximab was better than FC by itself, so a trial that demonstrated improvement in progression-free survival but also in overall survival advantage. And so, this became the standard of care more than a decade, and it has been a very common chemotherapy combination for patients.

What about monoclonal antibodies? How do these treat CLL?

Great question. So, right now, we have several monoclonal antibodies that are approved in CLL.

So, an antibody like rituximab may be able to destroy a cell directly, or it may flag the cell to be destroyed within the immune system within the spleen, for example. So, different mechanisms of action but it’s a targeted therapy because it focuses on a specific protein that’s largely expressed on the cancer cells relative to other cells within the body.

There are also a variety of inhibitor treatments. What are they, and what exactly are they inhibiting?

Yeah, so the kinase inhibitors are probably some of the most important drugs developed for CLL to date.

And we have different classes. One group would be BTK inhibitors which stands for Bruton tyrosine kinase, another would be PI3K inhibitors. Another class would be a BCL-2 inhibitor which is a little bit different. Essentially, the way to think about inhibitors are that they identify key molecules within a cell that are very important for either cell survival or cell signaling. These are the molecules that tell cells to either migrate or to hone in on a particular area or to amplify signaling to allow them to survive.

So, a drug like ibrutinib (Imbruvica) or acalabrutinib (Calquence), which are BTK inhibitors block this BTK signal and interrupts a very important survival signal in the cell, kind of causes it to go haywire in many ways, and then allows those cells to slowly die over time. PI3K inhibitors like idelalisib (Zydelig) or duvelisib (Copiktra) do the same. They block a very important and parallel signaling pathway to BTK that cause a very similar effect.

And then venetoclax (Venclexta), which is a BCL-2 inhibitor works a little bit differently. So, CLL cells are very primed to actually die except that there are signals in place that block that process called apoptosis, and so venetoclax blocks the blocker of that signal, sort of inhibits the inhibitor to cell death and allows that natural process of cell death to occur in CLL cells.

And so, they’re kind of targeting different pathways, but they’re able to stop the cell in a way. This is very different than cytotoxic chemotherapy like the FC which targets all dividing cells. Here we’re targeting cells where those particular enzymes are most important.

Do inhibitors need to be taken indefinitely?

That’s a great question, and that’s something that we’re still working out. Right now, BTK inhibitors and PI3K inhibitors are all given as continuous therapies. That’s not to say that they couldn’t be stopped, but they haven’t been studied in a way that allows us to stop them. So, there’s not a lot of evidence to support that.

BCL-2 inhibitors, venetoclax, were studied as either as continuous therapies or as what we call a time-limited therapy, either 12 months in the frontline or 24 months in the relapsed/refractory setting. And so, they can be given for a fixed-duration period and then stopped. 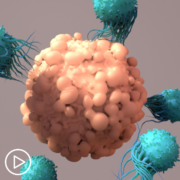 How Is CAR T-Cell Therapy Changing the Myeloma Treatment Landscape? 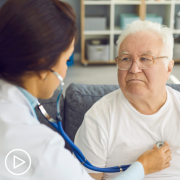 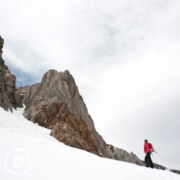 AML Treatment Approaches: What You Should Know About Your Options 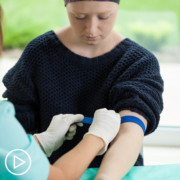 An Overview of CLL Treatment Types 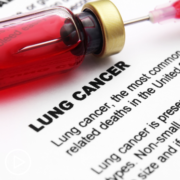 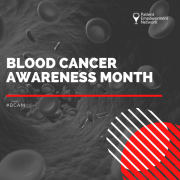