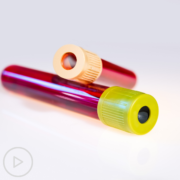 The Truth About MGUS from Patient Empowerment Network on Vimeo.

Is MGUS the same as smoldering myeloma? Myeloma expert, Dr. Irene Ghobrial, provides a detailed overview of MGUS, including the risk of progression.

What about this one? “An MGUS diagnosis will lead to myeloma.”

Great question. So, let’s talk about MGUS in general. In the general population, once you’re over the age of 50, there’s a three percent change of having MGUS incidentally found, and that’s known from the big studies from Dr. Robert Kyle. Any of us walking around probably may have MGUS, and we don’t know.

We started recently a big study called the PROMISE study where we actually screen for the first time to look for myeloma – or, for MGUS – and the reason for that is we said, “You go screening for mammography with breast cancer, you go screening with a colonoscopy for colon cancer; we don’t screen for myeloma, which is an easy blood cancer with a blood test. Let’s screen for it.” So, that’s available online – promisestudy.org.

The other thing that we said is if you have MGUS, your chance of progression is only one percent per year. That’s very important to know. So, that means that in 10 years, you have a 10% chance of progression to myeloma. In 20 years, you have a 20% chance. So, if you’re 70 or 80, you may have something else that happens before you even develop myeloma or before you are at risk of myeloma.

However, that doesn’t mean that you don’t have the chance. You have a very small chance; it’s a precursor to myeloma, but it’s one of the biggest precursors to myeloma, so we always tell you, “Please go see your doctor, please do follow up with us because the one thing that’s important is we catch it early before it happens.” So, it does not always go to myeloma, but if we live for another 100 years, it may actually progress to myeloma because of the 1% chance per year.

How about this one? “MGUS and smoldering myeloma are the same.”

That’s not true. That’s a very important question. So, in general, MGUS is diagnosed as having less than 10% plasma cells and a small monoclonal protein, less than 3 grams, and you don’t have any organ damage.

Smoldering myeloma – and, the name says it; it’s almost myeloma, it has a higher chance of progressing to myeloma – in general, it’s about 10% per year, and usually, the bone marrow has more than 10% plasma cells. Now, you start telling me as a patient, “Well, if my bone marrow is nine percent, I’m MGUS, and if it’s 11%, I’m smoldering myeloma, that doesn’t make sense.” So, it’s correct. In general, those demarcations or numbers are more for us as physicians to talk to each other about what we’re calling rather than the patient themselves. The patient is a continuum.

You want to make sure that patient is followed up carefully, and you want to offer, potentially, clinical trials because we want to prevent progression. The hope in the future is you don’t want until you have lytic lesions, fractures in your bones, kidney failure, and then we treat. The hope is we treat you earlier and we can make a huge difference in that early intersection for myeloma.

It sounds like staying engaged with your care team is critical.

Absolutely, and I would say myeloma is a specialty field. Come and see a myeloma expert, wherever it is, even for a one-time consult, because it’s really complicated and it’s not a common disease, so it’s not something easy for everyone to know what to do with MGUS, what to do with smoldering, what to do with overt myeloma. I relax for the first time. All of these things are important, and just like you go and see the best specialist in anything, I would say care about your myeloma in a very specific way, ask your doctor questions, go online and look it up, and always ask an expert if you want to have a second opinion. 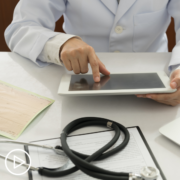 Is It Too Late for a Myeloma Second Opinion? 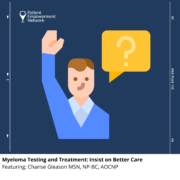 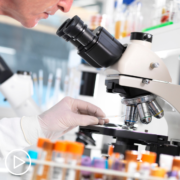 Could a Myeloma Clinical Trial Be Your Best Treatment Option? 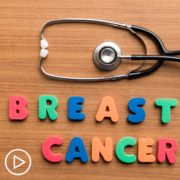 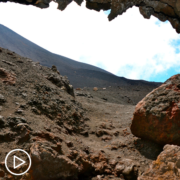 What Could Emerging AML Treatment Approaches Mean for You? 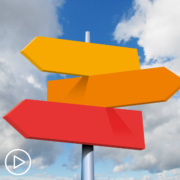 What Are the Considerations When Choosing Myelofibrosis Therapy?