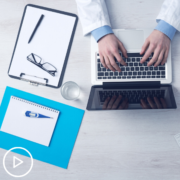 Diagnosed with Lung Cancer? Why You Should Seek a Second Opinion from Patient Empowerment Network on Vimeo.

So, when facing a new diagnosis of lung cancer, one of the questions that often comes up is whether one should go get a second opinion or see a lung cancer specialist. And that is a question that obviously is gonna vary quite a bit by where a person is, where they’re getting seen, and what they’re facing.

I think a time that it’s really critical would be if someone has a Stage III lung cancer or told it might be Stage III. That’s a really good time to get a second opinion and make sure that the group that is taking care of you has had a multidisciplinary discussion. And when I say multidisciplinary, I mean, a thoracic surgeon, a radiation oncologist, and a medical oncologist have altogether looked at what’s going on with the particular case of that patient to decide up front what’s gonna be the best approach.

So, it’s really critical to have a big team looking at what’s going on for Stage III. And if you’re in a hospital that really doesn’t see a lot of Stages III lung cancer that might be a good time to think about getting a second opinion outside of where you’re being treated.

I think, otherwise, if someone is newly diagnosed and we know the cancer is early stage where surgery might be involved, it’s good to check in that the surgeons who would be doing your operation are surgeons who know about lung cancer and have done lung cancer surgeries frequently. Sometimes in smaller hospitals there are surgeons who do both heart and lung surgery. And we know that the outcomes are not always quite as good in that setting.

Sometimes there’s no choice, and that’s okay. But if there is an opportunity to talk to a dedicated thoracic surgeon who’s used to doing lung cancer surgery, that’s another good time to get a second opinion. When we’re dealing with a more advanced stage of metastatic lung cancer, if someone is newly diagnosed and their tumor ends up having an unusual gene mutation or translocation.

And the molecular changes in lung cancer are really important to know about. And things like EGFR and ALK and RAS, where most medical oncologists will be familiar. But there’re others, like BRAF and RET and MET, and those can really change treatment outcomes as well, but not everybody who sees lots of different kinds of cancer as an oncologist will know everything there is to know about those.

So, if you have an unusual gene mutation, that’s another good time to get a second opinion with someone who’s a dedicated lung cancer expert. And usually those folks are at the larger academic medical centers, so oftentimes in cities, or affiliated with universities.

Another time is if someone does have a tumor with an EGFR, ALK, or one of the more common mutations, but the main drugs have stopped working, that’s often a time where someone who has specialized just in lung cancer might have some other options.

Then there might not be something that’s gonna be different in an academic center. But before you start treatment, if you’re still feeling okay, don’t have to start treatment tomorrow, and wanna know maybe that there’re clinical trial options, that’s another time to think about getting a second opinion. And a lot of academic centers will work to get people in very, very quickly if they knew they’ve just been diagnosed and they really need to get started on treatment right away. 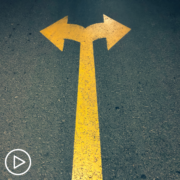 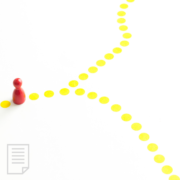 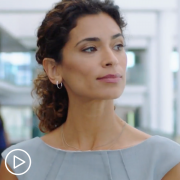 My MPN Journey, Getting the Best Care After ET and MF Diagnoses 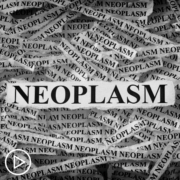 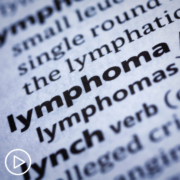 DLBCL Treatment Approaches: What You Need to Know